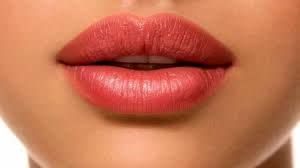 Rome, May 13 (askanews) – Small nose, well defined jawline, high and pronounced cheekbones. The beauty of influencers, including famous models and actresses, slavishly follows these clichés, until they all look the same. Their audience with the female public is enormous, from that of the neighbor to that of the office colleague who, trying to look like them, dreams of sharing a little of their spangled life. The word of the beauty of the third millennium travels inexorably on social networks. Explicitly, but much more often ‘induced’ by the models proposed by influencers, whether they are international celebrities, or local phenomena with great sociability. Thus the requests inspired by these looks, brandished on the screen of the smartphone, arrive more and more in the office of the Aesthetic Doctor. Nadia Fraone, General Secretary of SIME, speaks at the congress of the Italian Society of Aesthetic Medicine (SIME) on the fashions of beauty in vogue on social networks, properly reviewed and “dismantled”.

“That of patients who come to the practice to request interventions and procedures to look like the influencer of the moment – says Fraone – is a phenomenon, in some ways disconcerting, that we see more and more often. You go on the social networks, you choose a look, as if it were a dress, and then you go to the aesthetic doctor with the photo of what you would like to look like”. “The absolute must – reveals Dr. Fraone – which has been a hit for some time now, are the voluminous lips, called by a plethora of more or less evocative and imaginative names (cherry lips, Russian lips, diva lips, from French Kiss) which are all to indicate very visible lips. Sometimes we are asked to increase the volume of the lips, even disproportionate to the harmony of the face. But if it can have a professional motivation for a celebrity, for a ‘normal’ person who maybe in the morning goes to work in the office, maybe it’s not a good choice.” “Another fashion that is becoming more and more popular, especially in the United States – reminds Fraone – is that of the ‘dimples’ on the cheeks”. These are obtained with the so-called ‘dimpleplasty’ which is performed in a surgical clinic under local anesthesia, removing from the inside (i.e. the mouth) fat and muscle in the center of the cheek, and suturing the part with a thread, to create the “dimple”. “If you type ‘dimpleplasty’ on Google or on social networks – reminds Dr. Fraone – many posts and pages come out; on the contrary, typing ‘dimpleplasty’ on PubMed (the repository of indexed scientific publications) gives rise to two studies, one of which is dedicated to the undesirable effects of this intervention”. In short, what circulates on the web does not always have the equivalent of scientific orthodoxy in the medical field and all that glitters is not gold: there are also side effects.

“Another trend, also borrowed from the divas and models exposed on Instagram – Fraone remembers – is the removal of the Bichat bubble, basically the ball of fat that makes the cheeks ‘plump'”. By removing the “bubble”, we obtain a hollowed out, “dried” cheek, which highlights the cheekbone even more. Half an hour under local anesthesia and, with a small incision (about 1 cm) inside the cheek), the small accumulation of fat is eliminated. In this case, too, there is no shortage of risks, from infections inside the mouth, bruising and swelling of the face, to the most demanding: chewing problems, damage to the salivary glands and facial nerves ( with possible loss of cheek sensitivity), facial asymmetry. In short, even in this case, it is better to think about it.

“The message that we would like to convey to people – concludes the doctor – is that we do not go to the aesthetic doctor as if we were going to the supermarket or a clothing store. All these interventions are medical acts (or surgical) which can be burdened with undesirable effects and which do not necessarily add anything to the aesthetics of the face (in fact it is often the opposite) aesthetics is able to outline and then propose the right indications for Treatment Social media cannot be denied or ignored, but those who use social media should be aware that promises of easy results through treatment, perhaps at low cost, do not always match the reality. More often than not, you end up becoming what you didn’t want to become, with no way back.”