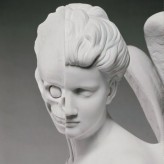 Dark, light, red or blue, manufacturers are constantly creating new shades to give color to their hair, and the most famous hairdressers offer new trends for each season. There are vegan, ammonia-free, natural and more products on the market, but when did this trend start? What were the first materials used to color hair?

Already in ancient Egypt, it is said that Cleopatra dyed her hair. His favorite colour ? The black tint. Additionally, mummies have been found whose hair had been treated with henna to achieve the red effect.

The Greeks had discovered that they could change the shade of their hair with the same pigments used to dye fabrics, for example saffron and turmeric were favorites of people with blond hair. Another technique was to mix beech ash with animal fat to fight aging and darken gray hair.

But in ancient times, like today, hair coloring was not the prerogative of women alone, on the contrary it is said that a valiant leader like Alexander the Great liked to give his head a honey-colored color to using a mixture of saffron flowers and potassium.

In Roman times, testimonies tell that women had learned to dye their hair with different colors, including blue, considered fashionable. Unfortunately, in addition to natural substances, such as chamomile flowers or egg yolks, which revived the blond and provided a golden effect, they also used black antimony and lead to create the dark effect, two elements harmful to health.

Renaissance fashion? Titian’s famous red hair. The Venetian artist chose this particular color to give the female figures in his paintings a sensual aspect. Among the most famous paintings in which we find the red Titian are the ‘Venus of Urbino’ and the ‘Woman with a mirror’. The women of the time immediately fell in love with this idea and tried to imitate the painter’s hue using a solution containing potassium hydroxide.

In the Victorian era, between 1837 and 1901, dyeing the hair became rather a habit reserved for ladies belonging to the most noble social classes, who thus wanted to stand out from ordinary people. Moreover, their queen, an example of refinement and elegance, had affirmed that the hair was the crown of the woman.

But the revolution came in 1907, when Eugène Schueller, a French pharmacist, created the first hair color with synthetic materials, to which he gave the name Orale. A few years later, he founded the L’Oréal company, which began to supply its products to the best hairdressers in Paris.

Today, hair dyes can be found almost everywhere, not only in stores dedicated to professionals in the sector, but also in pharmacies, supermarkets or stores like Tigotà, which distribute personal and home care items. To find out what types of hair coloring products can be found in the channels dedicated to beauty, you can consult the flyer.

According to the National Institute of Health more than 60% of women use hair coloringchanging or reviving its color at least 6 to 8 times a year.

Unlike in antiquity, the products we use must be certified and the list of ingredients is evaluated by a Scientific Committee for Consumer Safetywhich declares that there are no compounds potentially harmful to health.

But why do we dye our hair? The current reason is the same as in ancient times, we do it to feel more beautiful and look younger and more attractive. In addition, sessions at the hairdresser also improve the mental well-being of the person, who feels more secure and ready to relate to others.

When I was 3 years old I wanted to be an astronaut, today my ideas are much less clear, but on the other hand who said that you had to have a precise plan? In my life I “did” various jobs, played sports, traveled, read and ate everything. As I continue to get lost in the maze of my existence, I write for Vanilla Magazine.