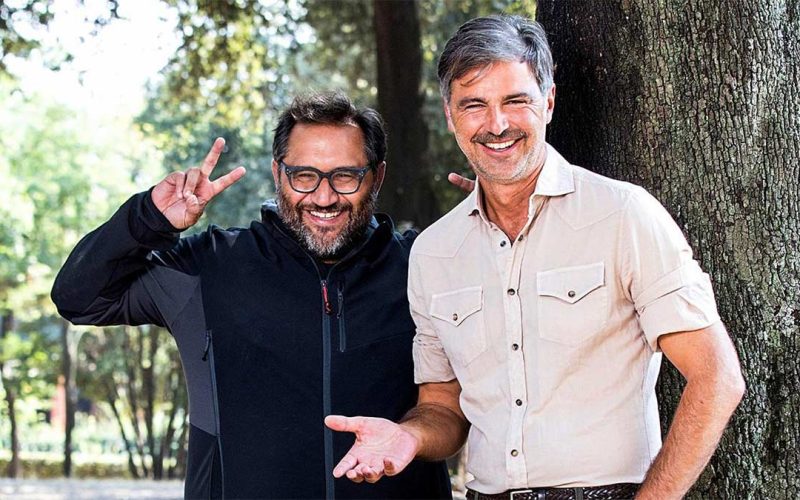 Aosta Valley little seen, rarely present among the most popular tourist circuits: it is the choice of Green line for the on-air episode Sunday May 15 at 12:20 p.m. on Raiuno. It starts from the south, from the southern border with Piedmont, from Pont Saint Martin to then go up along the course of the Dora Baltea to Fenis, with a detour to the west that takes us to one of the naturalistic areas Italian regions with the highest concentration of biodiversity, the Mont Avic Natural Park at the foot of the homonymous peak of more than three thousand meters.

Almost six thousand hectares of protected area dotted with hooked pines, typical of the Pyrenees and the Black Forest, streams and lakes of glacial origin. An ideal place, among other things, for a general alpine rehearsal at the start of the season.

FOR Beppe Convertini (on the right in the photo with Peppone) the task of telling the “awakening” both at high altitude, or the preparations to welcome the herds of alpine browns from which milk will be produced Fontina Mountainwho in the valley, where a family of breeders will free their heads from the stables live after the long winter shelter: an authentic spectacle.

Peppone he will rather link his trip to the heroic viticulture that in this region of the lower Val d’Aosta probably reaches the highest levels of challenge between acrobatic terraces and impossible gradients, authentic proofs of love for their land and for the main grape variety of this region, the picotendrona clone of Nebbiolo.

And then the surprise of surprises: would you have ever thought that there could be a horticultural Aosta Valley, where the traditional vegetable garden could develop into a large-scale reality? It is due to a professor of agriculture, initially considered a visionary, who convinced some of his students to follow him in the adventure of creating a fruit and vegetable consortium which, after about five years, is slowly coming at large retailers with a wide range of products. from potatoes, garlic, salads and strawberries grown on the ground in a natural way and with a seasonality that never stops. Therefore, the territorial singularities could not be missing such as the aforementioned Fontina presented in its different states of seasoning and refinement, and of course the Arnad’s Lard, protagonist of the gastronomic proposal of a young chef who revisits the old typical recipe of “bread, lard and sugar” in a truly unique frozen fantasy. To conclude the visit to Castles of Fenis And Aymavilles do not neglect this deep identity characteristic of the territory, and a last picnic in the Walser village of La Ville in a characteristic setting stadium – a kind of house on stilts erected on stone foundations arranged in a pyramid – to bear witness to the passage and installation of this Germanic population in the early 1400s.