ARCEVIA / offida – On April 29 and 30 in the heart of the Marche region, in Arcevia and Offida, beauty is the protagonist of the innovative experimental project that draws new blood from the traditions of the territory, pointing the way to a new path development of the territory, at the crossroads of the past and the future.

After the first date in March, the Beauty in the Beauty project, which debuted at EXPO Dubai as part of Marche / Land of Excellence – Marche Week, will see the protagonists on April 29 Arcevia and April 30 Offida with a relay of dance, traditions and biodiversity to highlight the artistic and cultural craftsmanship of a region naturally conducive to beauty, combining Art, Beauty, Crafts and Multimedia. 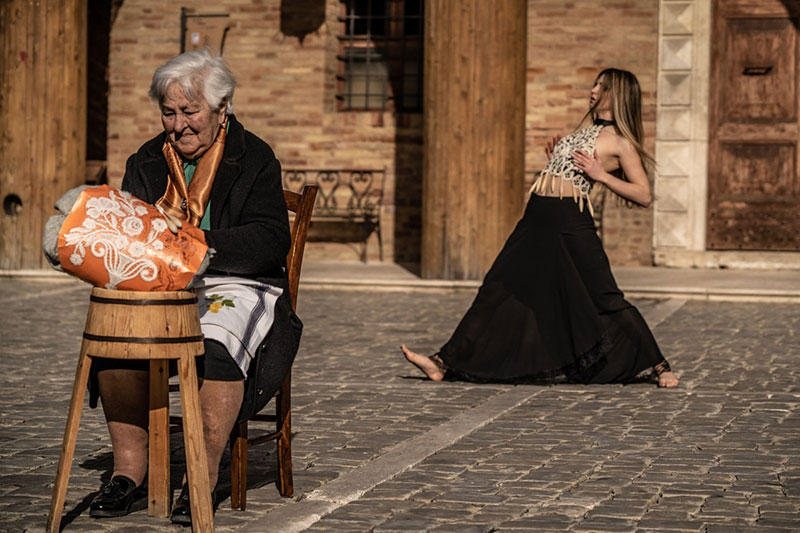 Beauty in the Beauty is an immersive artistic experience, between video installations and development of the 5 senses. The virtual reality projected through the narrative and visual documentary film, shot in the villages of Corinaldo, Offida and Arcevia, will be accompanied by the sensory experimentation of the same experiences and excellences presented, combining flavors with tactile perception, passing through odors and body vision. dance performer.

Beauty in the Beauty – Beauty in the Beauty puts on the net the three villages and specific projects to represent the territory: the Mays 8 file of Arcevia, brought back to life thanks to research in the agricultural field which has made it possible to restore the cultivation of the old variety, disseminating its food and health benefits, enhancing the agricultural biodiversity of the Marches through innovation; the tradition of Offida Tombolo, the cradle of lace since the 15th century and still the repository of a centuries-old tradition; the original Archeodanza di Corinaldo that inhabits the places and landscapes thanks to the E.sperimenti dance company, which has made the village a unique place in central Italy and a real stage town.

The appointments of April 29 in Arcevia and April 30 in Offida continue this mini circuit – started on March 30 in Corinaldo – and illuminate the artists, in the magical combination with the precious know-how of this region, offering the vision of the immersive video Beauty in Beauty, created by Viktory Media by Valerio Polverari, preceded by an interesting making off of the Project and followed by a short conference hosted by Dr. Paolo Pirani; present the municipal administrations of the three villages. The engaging presence of the E.sperimenti dance company will follow with the show 50’50MQ by Federica Galimberti, choreographer of the company and of the video. 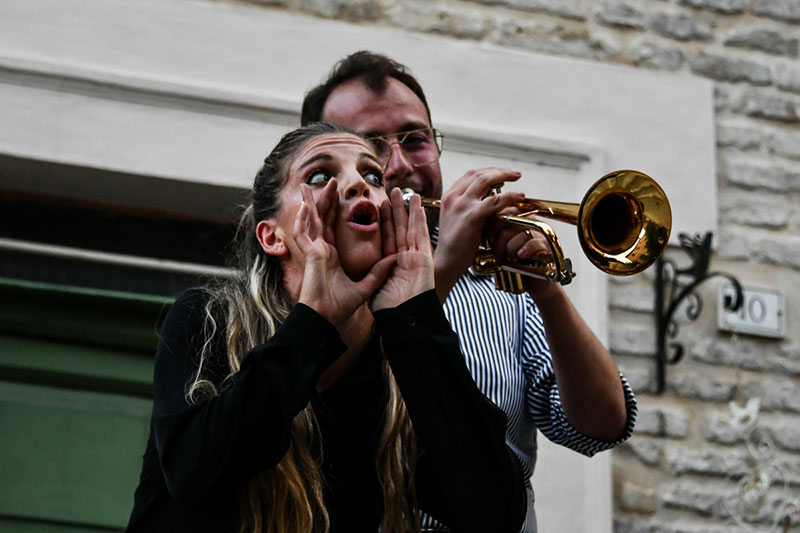 The idea of ​​Beauty in Beauty – Beauty in Beauty #Traditioninnovation of artisanal creativity with Glo-cal connections in an immersive experience is GDO (Gruppo Danza Oggi), born in 1974 and supported since 1984 by the Ministry of Cultural Heritage. The Gruppo Danza Oggi led by Patrizia Salvatori with an innate international vocation, since 1987 has opened up to internationalization with initiative and competence to export its cultural Made in Italy. Finland, Germany, Switzerland, Malta, Egypt, Greece, Cyprus, Portugal, but also South Korea as the first Italian group to be invited by the Chung Mu Art Center or to Egypt to inaugurate a new theatre: these are the first international steps of large-scale distribution. In 2012, he was chosen to represent Italy at EXPO 2012 in Yeosu during the ceremony for South Korea’s passage to Milan 2015 with a creation by Federica Galimberti presented to diplomatic delegations from all over the world. Since 2013 it has chosen Corinaldo as an artistic place, a natural bridge between tradition and innovation, where it animates and interprets places of events and demonstrations thanks to the particular quality of its artists – craftsmen of the body and emotions – who make up the ‘E Dance Company .sperimenti. Since 2014, he has been present with him in the Asian market, Thailand / Indonesia / China and in the United States. In 2016-17, she was invited to China in Beijing and Shanghai with the production HOPERA – famous Italian airs – with the patronage of the Marche Region and the support of MAECI, then also to Hong Kong and Kuala Lumpur, and again in 2019 with residencies and shows in six Capitals Manila, Jakarta, Bangkok, Singapore, Hong Kong, Kuala Lumpur, thanks to the support of Maeci, Mibact, Embassies, IIC, Emilia Romagna Region..