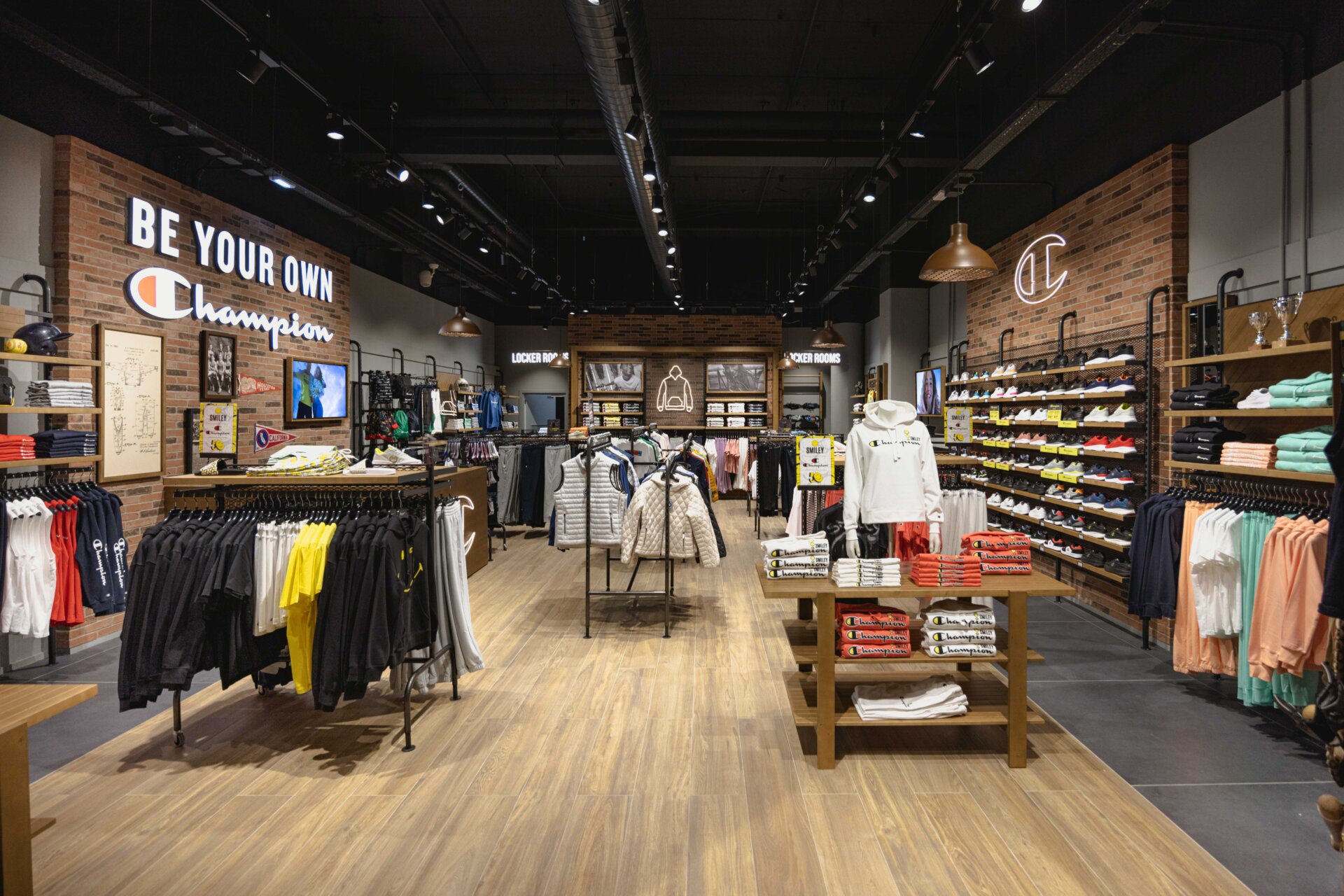 In the store, in addition to the exclusive lines, also the clothes of the capsule collection launched in March in collaboration with Smiley

New arrival at Oriocenter: here is Champion, the famous American brand which this year celebrates 103 years of history, more than a century made of innovative and durable products in the wake of the distinctive image defined by American sporting heritage.

With around sixty single-brand stores in Italy alone, Champion presents itself as an emblematic brand of the past, alive in the present and projected into the future with the additional objective of strengthening its position as a reference brand in the panorama of style. jock.

The store inaugurated inside Oriocenter presents the new Champion concept, which clearly expresses the sporting “heritage” and the history of the brand: the materials used, such as brick, iron and pine wood, are inspired by the urban and working-class context of 1919, the year of the brand’s creation, recalling its origins on the one hand and creating, at the same time, a modern and engaging environment thanks to the inclusion of panels and LED screens showing the contents of the latest collections.

Champion’s story begins in 1919 in Rochester, New York, where the Feinbloom brothers founded the company, soon to be known as “Champion”. Already in the 1920s, the two brothers began their first partnership with universities, starting with that with Michigan. Through word of mouth among coaches, Champion’s reputation quickly spread to colleges across the United States. In 1930, the company was renamed Champion Knitting Mills Inc. and became the brand of choice for colleges across America, but not only: Champion products are also used by the United States Military Academy during exercises and physical education lessons.

In the 1950s, on the other hand, was born one of the most emblematic ideas in the whole history of Champion, namely the “Reverse Weave”: the idea was born from the need of the American coaches of the 1940s to wash the their athletes’ uniforms without injuring them. To avoid horizontal shrinkage of the garment, the weft of the fabric is straightened at the time of weaving, which gives the line its name. In the ’70s, however, Champion became famous for creating one of the most important sportswear items of the 20th century: the hoodie. Designed and developed for practical needs, it was introduced as a garment that athletes wore during competitions and training. In the 1980s and 1990s, Champion’s image was further strengthened in the world of American sport thanks to the acquisition of the exclusive rights for the official supply of the 27 teams of the NBA, the American basketball championship . In 2009, to celebrate the 60th anniversary of the Reverse Weave patent, Champion relaunched the product in Europe., Wood Wood, Beams, Clothsurgeon and Rick Owens.

In the Oriocenter store, in addition to the exclusive Champion lines, you can also find clothes from a capsule collection launched from March in collaboration with Smiley: divided into two “drops”, collector’s edition and Rochester collection. The collector’s edition includes two basic and timeless pieces of clothing: the Reverse Weave hoodie with long sweatpants, both in the typical heather gray, embellished with the typical graphic and urban elements of Smiley, whose spray paint logo has been created for the occasion by graffiti artist Andrè Saraiva. The Rochester collection, on the other hand, is characterized by sports-inspired clothing and a fresh and youthful line, presents a range of traditional colors such as white and black combined with the powerful yellow typical of Smiley, for clothing and concessions urban and sophisticated. in bright pink colors.

In short, an undeniable brand that has always been, but constantly capable of renewing itself and reaffirming itself in the face of the challenges of changing times: an arrival that not only enriches the Oriocenter offer a little.