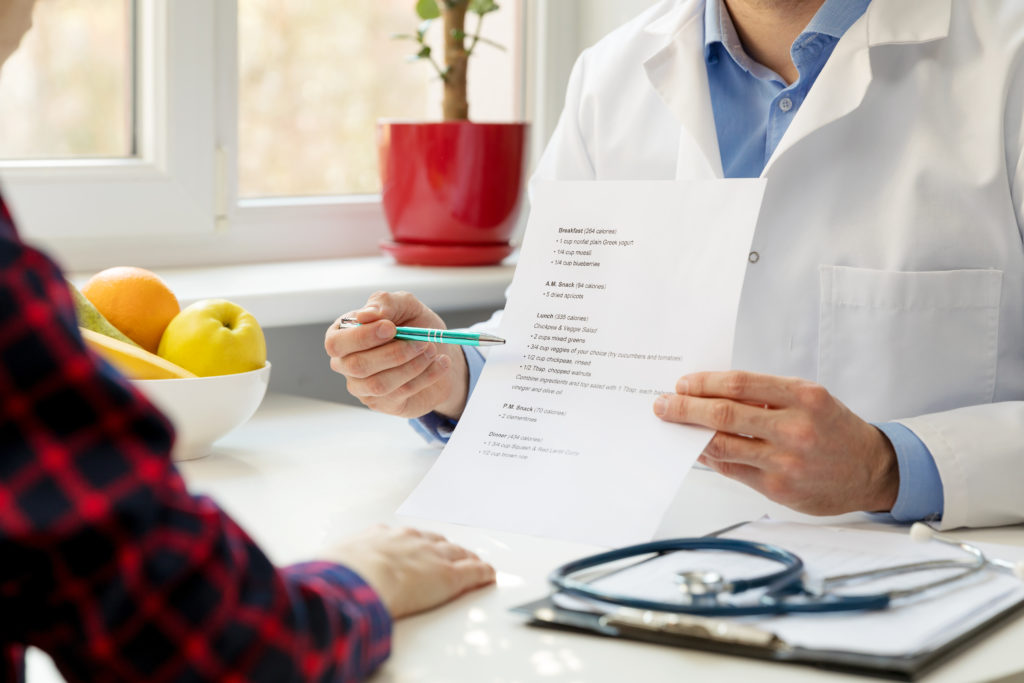 anyone you want followed by a nutritionist for a problem of overweight, obesity or for diseases such as diabetes, thinness, sport, dyslipidemia, dyspepsia and constipation, you have the chance to come across an ‘expert’ who does not did not delve into the subject. It has always been like this, but over the last 15 years the number of “nutritionists” has multiplied dramatically and now they are present in gyms, pharmacies, private practices, etc. Not to mention the ‘slimming centers’, franchise chains that offer weight loss supplements, or closed Facebook groups, followed by tens of thousands of users, whose administrators block any challenge to the rigid dogmas proposed. Other nutritionists worked for years for free (the customer did not pay them) in pharmacies, dispensing diets and suggesting supplements produced and sold by the pharmacies themselves (see photo below).

The variety of tricks, suggested supplements or dietary regimens simply leave you feeling bewildered. It almost seems like food choice is a philosophical question, as if evidence-based medicine didn’t exist. In this jungle, it is also difficult for doctors to refer their patients to truly trained nutritionists. Very often, the general population independently chooses whom to turn to, thanks to word of mouth or reviews on the Internet, which can be completely false. In short, it is a chaos in which it is difficult to extricate oneself.

In this notice let’s try to provide some suggestions for understanding when it’s best to stop and think and change direction. These are indications drawn from real cases.

1) First case – 53-year-old mother and 25-year-old daughter (60 kg for 1.68 m, BMI 21) simultaneously refer to the same nutritionist who prescribes a very similar computerized diet, with a daily calorie consumption ranging from 1,000 to 1,300 kcal/ day (some days are 1200, some are 1100, some are 1300). The girl rightly wonders why she and her mother, who have different nutritional needs, were given the same diet. A 25-year-old girl usually has a basal metabolic rate, i.e. calorie expenditure at rest in 24 hours, which is around 1,500 kcal (a 50-year-old woman of normal weight, on the other hand, can have a basal metabolic rate of 1300 kcal per day), while total calorie expenditure can be 2200/2500 kcal per day. It would therefore be advisable to prescribe a diet of at least 1,300-1,500 kcal/day and not to fall below the basal metabolic rate. We talked about it here. Moreover, the girl in this case has a perfectly normal weight, why should she go on a 1200 kcal diet? Unfortunately, sometimes a low-calorie diet is prescribed to those who, even unnecessarily, are willing to pay for it.

2) Second case – A 30-year-old nurse who has already had two miscarriages becomes pregnant again and has health problems. She is in her 5th month of pregnancy and has gained weight too quickly. The doctor who follows her, with a double specialty in gynecology and endocrinology, recommends that the patient be followed by a nutritionist. The nurse speaks to a nutritionist who estimates her basal metabolic rate at 1,500 kcal and prescribes a 1,200 kcal diet directly to her without signing it in the patient’s name, and without stamping and signing her personally as a professional. Also in this case, the choice to give such a restrictive diet to a woman in the 5th month of pregnancy with two previous abortions is very questionable. It is contraindicated to give too restrictive diets during pregnancy, and even in this case the mistake is made to give a diet below the basic metabolism.

3) Third example – Overweight 18-year-old girl with a history of anorexia nervosa at the age of 13-15. She turns to a nutritionist, who prescribes a diet of 1200/1300 kcal per day which makes her lose 28 kg of weight. A nutritionist should never prescribe slimming diets (in the broad sense) and especially so restrictive to a person with a history of anorexia: the most likely result is the triggering of disordered eating behavior with binge eating and weight regain. fast. It was done on time! If you have any current or past health issues, or are on different medications, it is always best to consult a dietitian or at least it is good for the dietary intervention of a dietitian/nutritional biologist to be supervised by a doctor. In the cases mentioned, however, the various nutritionists have always worked independently, on their own, without consulting any doctor.

But let’s come to a virtuous case that indicates what serious dietary treatment should be. The family doctor identifies one of his 14-year-old patients with severe obesity in which there is certainly a family component (genetic?) since there are several cases in the family of origin: grandmother and grandmother. paternal father, an uncle and a cousin with severe obesity. He prescribes tests and then refers her to a dietitian who works in the same office as the family doctor.

The treatment it lasts two years and the girl manages to lose 18 kg very gradually from 100 to 82 kg! It is an exceptional result which was obtained thanks to the support of the family of the young girl, to the competence of the nutritionist (empathy, use of cognitive-behavioral techniques, dietary prescription extremely personalized and permanently adapted). These are hours and hours of psychological and educational support during the two years of treatment. Nothing stratospheric or esoteric, no miracle cure ‘7 kg in 7 days’ but an average weight loss of only 750 grams per month. Unfortunately, many get lost on the way because they dream of cures in which they lose at least 4/5 kg per month “otherwise it is a failure”, but it would not be a diet suitable for a teenager of only 14 years old! Sometimes it is the parents themselves who have exaggerated expectations and who make their child stop because “he is not losing enough weight”.

In this case the ‘nutritional rehabilitation process’ went very well because there was coordination and synergy between the family doctor and the dietitian, no miraculous, unique, original, drastic, low carb or ketogenic diet. This example represents in the dietary context the “banality of good or the banality of what is right to do”. In fact, this can be done even better by involving, if necessary, other professional figures such as psychologists and physiotherapists.

Unfortunately it is difficult even for serious nutritionists to work properly because they have to spend a lot of time explaining to patients and family members what other “nutritionists”, diet gurus and weight loss centers are doing. weight is not correct; explain that in dietetics there are no shortcuts and that when you think you have found the magic formula to lose weight quickly, you have been fooled. And it is for this reason that many doctors specializing in food sciences (real dieticians) decide to do something else, because being a nutritionist becomes an “alienating” profession, constantly having to confront all these parallel realities of food industry. This explains why there are so few food science physicians dedicated to the profession. On the other hand, today a degree in medicine is in great demand and there are many opportunities to devote oneself to other fields, which are much more profitable and less “crowded”.

For 12 years, Il Fatto Alimentare has published news on: products, labels, misleading advertising, food safety… and gives readers completely free access to all content. On the site we do not accept advertisements disguised as articles and we select advertising companies. To continue this policy of transparency and maintain our independence, support the site. Donate now!