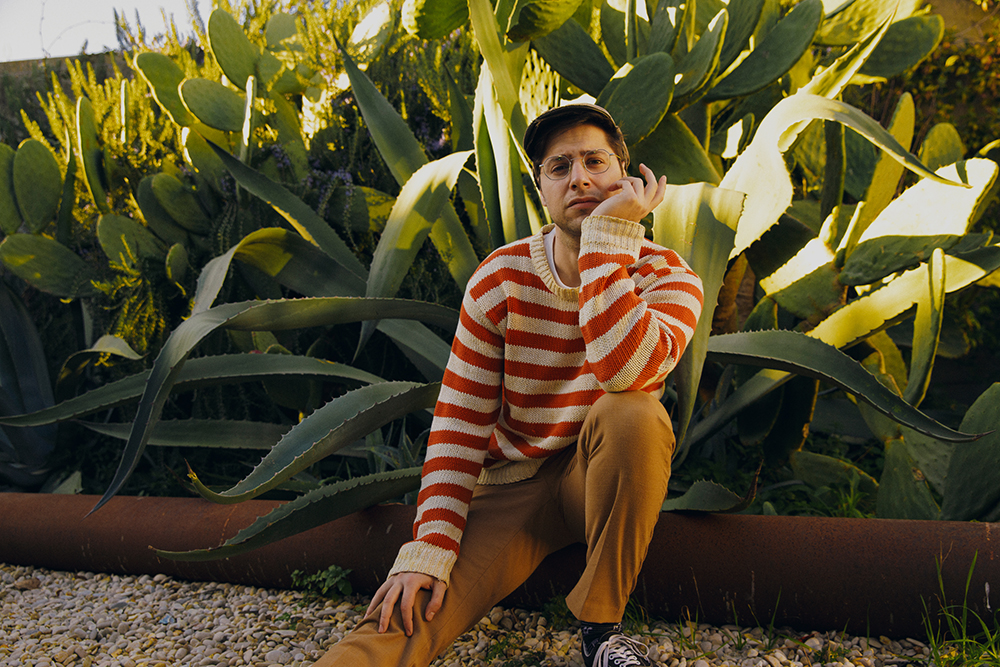 No matter how dark it is, the light always finds its way back. In a nutshell, it’s the concept that hides inside Belvedere (Capitol Records / Universal Music Italy), the new album of the Roman singer-songwriter Galeffi.

A fairly cut-and-dried account of how far he’s come from what he calls “emotional lockWhat has marked him in recent years marked by the end of a love story that he thought would last forever, and all that goes with it.

An introspective album, but both shared and shareable. Twelve titles in total, which take you on an emotional journey. A refined pen, which manages to embrace the listener and which has the ability to tell simple things without being banal.

On the occasion of the release of this album, we joined Marco to tell us more about his project.

If you had to explain it in a few words, how would you describe this album?
“It’s an album full of shadows, full of lights. It’s an album full of life, of loneliness due to the pandemic that has locked us all in on ourselves, but also personally because it comes from a bit of a difficult time in my life. In short, facing the end of a very long love story certainly made me vent all my emotions in the songs”

Belvedere comes after a fairly complex period emotionally, for you but a little for everyone. How therapeutic was it to write it?
“A lot, in some ways. When you have a lot of free time, thoughts become obsessions and so it would have been heavier if I hadn’t started writing. Not that the writing was less, it was hard the same but it was a good challenge for me. Both personal and professional, talk about me and tell about these last years, these last months. I’m very proud of what came out.”

You said you’re convinced that the song that opens the album should be special. why A dream is it special for you?
“I tend to hide at the beginning and at the end, not the most beautiful pieces but those which in my opinion best represent what I had in mind when writing and writing the disc. So A dream is the one that opens the folder for this reason here. It’s a very dreamlike song, very sweet and I really like it. This somewhat waltzing, somewhat French, somewhat dreamy atmosphere, in fact, seemed ideal to me to begin the journey. A journey that must be listened to with the ears of fantasy and dreams”.

For the same reason, you decided that the piece that closes the disc should be just as special. why Melancholy my love It is?
“It’s special because it’s particular in its simplicity, it’s a bit psychedelic, melancholic, as the title also suggests. Then the long songs always sound good at the bottom of the record, so this was the right song to close it. The songs all move me, but I think the first and last are the most representative, and I liked being represented by symmetry. For me, the beginning and the end are of fundamental importance, at least as much as the meat in the middle, but these two are the emblem of the disc, even in terms of sound. As a very self-critical person, I rarely congratulate myself with those two yeses. In any case, they are all my twelve daughters and we form a beautiful family”.

Speaking of sound, Belvedere varies between different sounds. Was it something you sought out or did it come naturally?
“It comes naturally to me to evolve and not repeat myself. I miss artists who repeat the same words and the same way of writing. Few ideas I know of little life, many ideas instead I know a lot of energy, a lot of light, and I need my light and I hope people need my songs , at least I hope so. In any case, that’s my way of expressing myself, because I think that at thirty it’s still a little presumptuous to know who you are, I think that you build yourself up little by little and that you don’t discover it only by making mistakes and taking risks. If I don’t risk I always remain “that of”, I want to be a multitude”.

What would you like to perceive who listens to this album?
“In my opinion, everyone can read the songs by finding themselves or not, by understanding or not understanding what is inside, by shaping them and by constructing their own story through my words. It’s also curious, because each of us is unique, has its own history, memory and thoughts, so I don’t think about how it can be interpreted. Indeed, it intrigues me: when I manage to talk to him, I ask my fans what they have seen in my songs that I have not seen.

How did you experience the approach to publication? Do you feel pressure or expectations from your listeners?
“No, I’m calm because in my opinion the record is very beautiful and I have faith in beauty, I have faith in people in front of pure things, honest things, good things. Right now, I’m having a good time. Then, of course, every release of the record is always an emotional earthquake because a cycle ends, a new era begins, you are bombarded with emotions collateral to the record. There’s a bit of a wait, but deep down I’m very confident because the songs make me feel that way.”

After a period of hiatus, the music finally resumes. How was it to be back on stage?
“It was very nice to be back on stage, even a bit strange because I wasn’t used to it anymore, so dealing with stage anxiety was again difficult, but at the same time it was nice to see that people had received the songs and that he likes me, it’s always nice”.

Are you more excited about the album release or the Roma finale?
“You got me in trouble. Selfishly, I tell you that I’m more excited for the release of the album, even though I know that Roma have more or less reached the final of a European cup since I was born. So I know it will be a more unique event than the release of a record, because good or bad, records come out every two or three years, Roma go to the final every thirty years (laughs, editor’s note). But now with the release of the album, we’re there so now I’m more excited about it, but if you ask me the same question in a few days, I’ve changed my mind”.