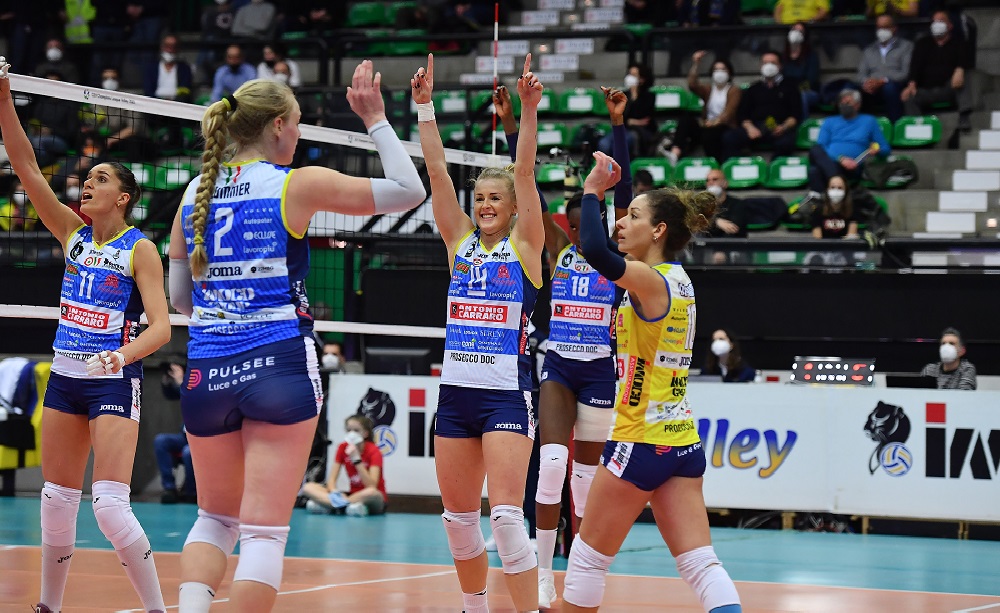 THE. Carraro Imoco Volley Conegliano challenges VakifBank Istanbul again in 2021/2022 CEV Champions League Women’s Final. Coach Santarelli’s Panthers want confirm the title won last year precisely to the detriment of the Turks trained by Giovanni Guidetti. A now historic comparison between two clubs that make the history of world volleyball. The Venetians broke the Guinness World Record for consecutive wins in December (76), but lost in the last game to VakifBank in the Club World Cup final in December. But now we are in a different phase of the season and the Panthers want to end a cycle in style full of success.

HOW TO WATCH THE CONEGLIANO-VAKIFBANK FINAL ON TV

FOCUS VAKIFBANK: HOW THE TURKS ARRIVE

ALL RESULTS AND RANKINGS

In fact, Conegliano will change face next season: after years where the backbone of the team has remained intact, many players will leave. Among them Paola Egonu, who will play next year in Guidetti’s camp at VakifBank. The goal of the Panthers is very clear: to win and greet their supporters with a smile, always ready to support them around the world. Venetian training haven’t lost in the Champions League for three years, the last defeat dating back to 2019, when Imoco traveled to Novara in the last Italian derby. Since that day, Conegliano has won 26 games in a row, with Covid denying him the chance to win five out of five trophies in the 2019/2020 season. Conegliano redeemed himself in 2021, winning the first continental title in his short history.

In season, Conegliano has 45 wins to 5 losses so far (between regular season, Playoff and Club World Cup), managing to defend the Super Cup, the Italian Cup and the Scudetto. As for the course of the Champions League only, Imoco gave its opponents only one set out of the 22 disputed with a total of 437 points scored (340 attacks, 65 blocks, 32 aces), an average of 19 .86 per set. Figures which are the best of this Champions League season, where the Venetians concede something in reception “stopping” at 30.03%, just behind VakifBank. Conegliano already has continental silver in 2017 and 2019, in addition to bronze in 2018, two Club World Cup medals (gold and silver), eight Italian championship podiums (five Scudetti), six Cup finals of Italy (five victories) and five Italian Super Cups.