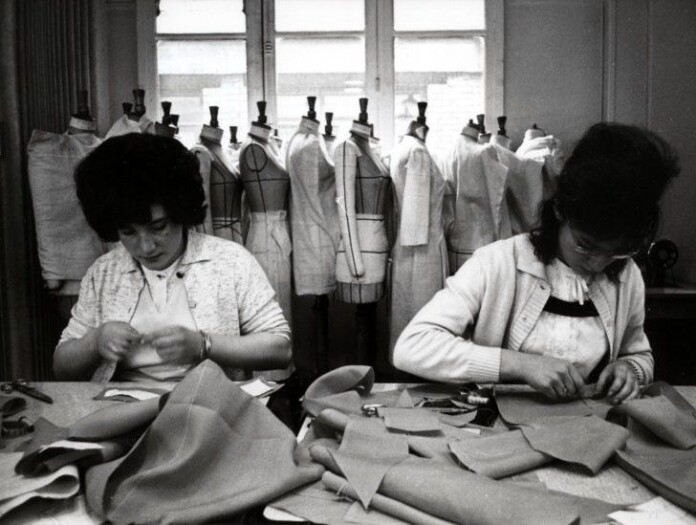 Downstream of the debate sparked by recent statements by Elisabetta Franchi, a survey of women who have been able to shape a far-sighted female entrepreneurship in the field of fashion

Driven by a recent fact regarding one of the most significant female names in the fashion scene, we want to talk about female entrepreneurship with two “old” stories.
The event is the anniversary of Miuccia Pradaa figure for whom the definition of a stylist is reductive and who is very significant today to call an “entrepreneur”: famous not only for fashion, Forbes designates her in 2021 as the 10th richest person in the world, with a heritage exceeding 5 billion euros.
Born May 10, 1948, graduated in political science, artistically “diverted” from theater studies at the Piccolo Teatro in Milan, she decided to take over the company founded by her grandfather in 1913, which produced bags, trunks, shoes, accessories in leather, crystal and silver, official supplier of the Maison de Savoie. Passionate about art to the point of understanding the importance of sharing it with others, especially with her city of Milan, in 1993 she opened the Prada Foundation, a fundamental place in contemporary geography.
It’s true that another big name is celebrating its birthday these days, but let’s say Valentino We have already talked a lot and will understand if at this time the desire is to talk about women in a world where there is no creativity without managerial skills, more than in other sectors.
We have chosen the stories of two women who have made solidarity, intelligence and entrepreneurial foresight a fundamental element of their growth and success, but let’s say right away that they are not the only ones, fortunately . Ancient proof that there are no historical or cultural advantages, only when it seemed impossible to have the privilege of being able to work like a man, have children and not have to give up or choose , someone was able to impose itself with new rules for the benefit of women.

THE STORY OF MADELEINE VIONNET

The first is French Madeleine Vionnet, who was born in 1876, a clever girl brought in for the workshop, but at 11 was sent to be a seamstress, became a first, married but fled to London because she wanted more of life. Before joining a major English tailor’s workshop specializing in tailoring, he supported himself by working in the laundry room of a women’s asylum. There are those who say these straitjackets will inspire her idea to build the dress that will change the history of fashion. Back in Paris, he brings a revolutionary production: the bias cut. Corsets and constrictions disappear, from then on the dress slips on the body thanks to a diagonal and geometric cut.
In 1937, interviewed, she explained that “as for the woman, I strive to free the fabric from the constraints that were imposed on itAnd”. Like Miuccia Prada, he chose collaborators from the art world, such as the futurist Thayaht, who designed his magnificent logo. A story that began thanks to the support of two wealthy clients who had the courage to make a masculine operation: becoming entrepreneurs on Madeleine’s enlightened ideas, which did not concern only the dress. At the beginning of the 1930s, she had already opened around twenty workshops with hundreds of employees, proving to be a great entrepreneur, particularly for the innovative working conditions it offered.. He introduced contracts, better working conditions, canteens, crèches, small medical clinics equipped, maternity leave, paid leave, internships where she taught her techniques: a true pioneer of trade union rights. In 1952, he donated what remains of his work to the Union Française des Arts du Costume (now the Musée de la Mode et du Textile in Paris), thus creating one of the most important collections of applied arts. in the world.

THE STORY OF ROSA GENONI

The second is Italian Rosa Genoniborn before Madeleine Vionnet, in a small alpine town, in 1867, of modest origins and eighteen brothers.
She too, although she was good at learning, was sent as a seamstress at the age of ten, but completed her studies in evening schools, also learning French, which is why the leaders of the Italian Workers’ Party sent her to Paris to participate in an international conference on working conditions. His strong personality is expressed both in cultivated creative modernity, able to draw inspiration from Italian art by creating haute couture models, and in his commitment to improving the status of working women but also the protection of minors, which he will support alongside Anna Kuliscioff.
He creates the first high school of fashion calling it the Academy of Pure Italian Art, a training work that he will also complete with numerous publications and historical articles. In the San Vittore prison in Milan, he created a sewing workshop, a crèche and a gynecological studio with the help of the Podreider family, a model that would remain active until 1943.
Many other stories could be told, as well as that of Luisa Spagnoli, personalities to be proud of who have never shown any concern for female employment, considering it a normal and fair way of doing things; courageous personalities who acted when nothing came to their aid, no televised debate where some good journalist was able to make those who deserved it heard.