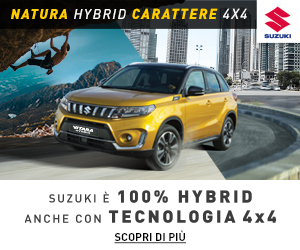 Curtain, applause. The last act of the Serie D championship was enriched by a victory legitimized by an irreproachable attitude from the Belluno Dolomites who were particularly keen to finish with the three points. A little because, in front of the friendly public of the sports club, they had been missing since March 6. Partly because nobody, but nobody wanted to leave anything to chance. Moreover, thanks to this success, the boys of Alessandro Ferro reach the sixth step of the classification: a position which could only be called into question if Caldiero Terme surpasses Cjarlins Muzane in tomorrow’s confrontation.

Set, go and the hosts immediately hit the mark with captain Simone Corbanese able to anticipate the Mestre keeper with his head. To deny the Cobra the joy of the fourteenth seal of the season, however, it was the linesman, who posted an offside position. At 12′, De Paoli then tries with a big left, but Da Re raises above the crossbar. Even the guests stand out: in particular with a lightning reboot led by Scarpi and finished by Segalina, who does not find the door. Andrea Raimondi finds his account there, with what has now become his trademark: the free kick. A useful brush stroke to meet the challenge on the dolomitic track.

The second half opens with a corner from Fabbri, just wide, just as Moscow’s big left from far ends just a little higher. In addition, the personal initiative of a Cossalter in search of the tenth center in the championship (off target) was beautiful, while Corbanese took advantage of an error by Severgnini and took the outside post. A search which, for Cossalter, bears fruit in the 18th minute when the former Union Feltre releases a powerful right that Da Re can only touch: 2-0. And the trio follows closely: all thanks to Georges Petdji and his paw on the developments of a corner. At the end, there is also room for a wood smash by the young and increasingly enterprising Faraon and for a miraculous save from Da Re’s foot on Onescu.

“We wanted to win this game – that’s Mr. Ferro’s analysis – without ‘if’s and ‘buts’. And so it was: we did what we knew and had to do. Way? It all started suddenly and maybe at first there was a hint of apprehension. But the guys were immediately available and that eased me into a journey that ended up being enjoyable and exciting. A lot of people gave me a hand, starting with Simone Bertagno”.