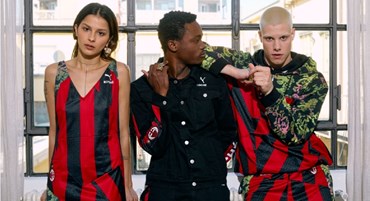 An image of the co-lab between Milan, Puma and Koché (courtesy Puma)

With the victory against Sassuolo Sunday, the Milano became Italian champion for the nineteenth time, coming back to win the title after the last chance in 2011. This season the Rossoneri, who are changing owners these days and are about to reach an agreement with the funds red bird, have invested heavily in the fashion industry. Indeed, the Milanese club presented various partnerships and projects related to the world of fashion, starting with the initiatives of the technical sponsor, Puma. The German brand, official partner of the team since 2018, insisted on the global dimension of AC Milan by releasing various costumes and off-field collections dedicated to the Rossoneri universe, celebrating the city, the history and the colors of the club.

Of all, however, the main highlight of the partnership between Milan and Puma was the capsule designed in collaboration with the house Koche (to see CFP of February 26). With the French brand, the Rossoneri have in fact also reached the podium of the paris fashion week, with the models on the catwalk wearing the Rossoneri color shirts co-signed by Puma. The Paris show was one of the most important fashion moments for Milan in recent years, given that with the exception of the Paris Saint Germainnever has a football team walked during a fashion week.

“It is a testament to the versatility of the Ac Milan brand and its ability to know how to move comfortably even in sectors other than football, and to be able to have its own voice even in areas such as fashion. and lifestyle,” said AC Milan’s chief revenue officer, Casper-stylecommenting on the operation with Koché and Puma. 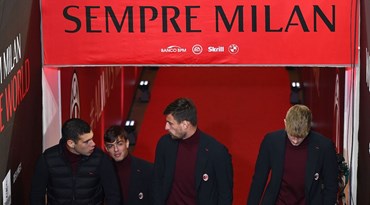 As for evening wear, after the farewells of Dolce & Gabbana the Milanese brand first succeeded Boglioli then, in the last two years, the Campania brand Harmont & Blaine which, as confirmed by the CEO a CFP (to see CFP of January 20), after this season, he will no longer be a partner of the club. But it’s in the past two years that AC Milan has forged important, vertical and specific agreements on the world of fashion. first with paper planesbrand owned by the agency of Jay Z, Rock Nations, which manages part of the communication of the image of the Rossoneri abroad, with the launch of a capsule of streetwear items, namely snapbacks, sweatshirts, cargo pants and sneakers. Then came the capsules with Etroofficial travelwear partner of the Rossoneri (see CFP of March 29, 2021).

Finally, this year, in addition to the aforementioned co-lab with Koché, another major fashion operation was the one with the Italian brand Nemen, who, together with the Rossoneri and Puma, launched an off-pitch collection that accompanied the launch of the fourth game kit, designed by the German brand. In all of this, the Rossoneri also presented a series of heritage jerseys inspired by the playing kits from the 1995-96 season. With all these small operations, AC Milan has therefore certified that one of the company’s objectives is also to want to grow in fashion. After winning the Scudetto and taking part for the second consecutive year in the Champions League, the most prestigious European competition for a club, flirting with fashion could be enriched with even more prestigious partners. (All rights reserved)