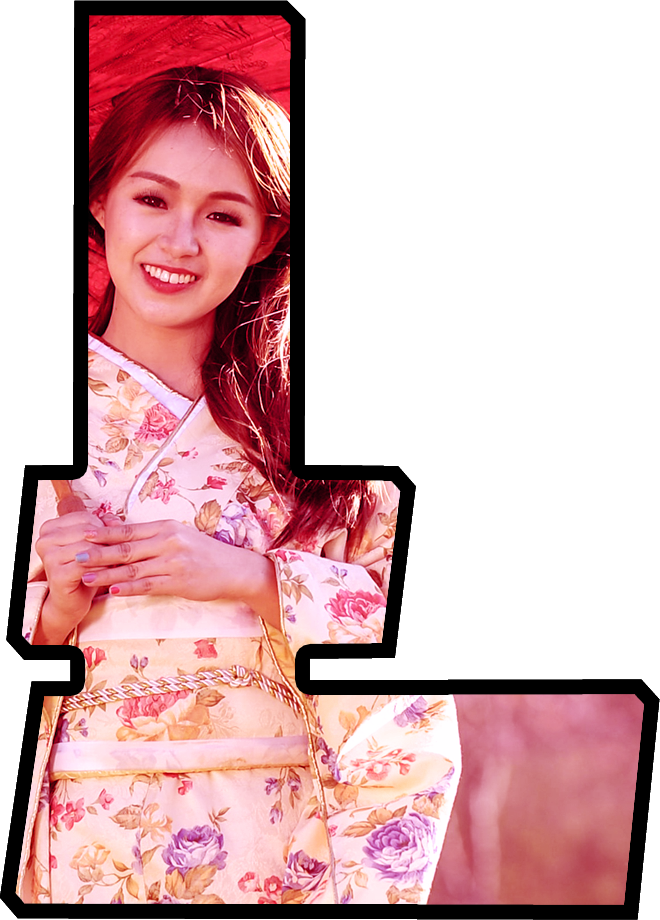 Today’s society depends on the balance between two of its sides: the first is where you want to be able to express your personality freely through clothing, make-up, accessories without prejudice and in which it is not important to be a man or a woman, fat or thin, it only matters to be yourself; the second side, on the other hand, is the one from which it is still difficult to detach, since it includes them all a dynamic that convinces us that having certain characteristics is somehow bad and looking in the mirror becomes more and more difficult for some, as they are constantly bombarded by so-called beauty rules and standards set by who knows who.

This is not a problem unique to the Western world, of course: even in Japan, since ancient times, women in particular were subject to dictates related to their appearance which had to be slavishly respected, also by virtue of specific rites and traditions that regulated everyone’s life, especially in the middle of the court. Especially in the Heian period (794 – 1185)in fact, to the Japanese imperial court, told by authors such as Murasaki Shikibua circle had now formed around the Emperor made up of various high-ranking personalities, from officials to concubines and ladies belonging to the various entourages of the Imperial family. No one could exempt themselves from precise standards of personal care and beautyalso because it was the place where the most recent habits and customs were initially born, and this “severity” was somehow maintained even in the centuries to come, while changing tastes and social dynamics.

Around the 7th-8th century, the Japanese began to adhere to the style of Tang China for virtually every aspect of life and the arts, including makeup and clothing. It is from this period that the typical white base for the face: it was lead powder, on which the eyebrows were then painted, and on the eyes and cheeks they were painted with pigments of flower petals.

When contacts with China were interrupted, with the beginning of the Heian era, the first authentically Japanese standards of beauty were born: the face remained white, the women being almost always locked up in their room, in dim light and away from screens, so the face had to look like the full moon – in turn a very pleasant and contemplative image – and look very tall; but for that the rest of the functionality has been “reduced”trying to make the eyes as thin as possible and completely removing the eyebrows to redraw them to two points higher up the forehead.

On the cheeks and lips, a red pigment not too intenseagain to reduce its size, but perhaps the most curious thing and that many will have already had the opportunity to know is the practice of ohaguroi.e. dye your teeth blacklasted until 1900: there are several theories that it was used by everyone as an antique, then part of women’s makeup to “hide” the teeth, which however, due to time and the absence of whitening treatments, turned yellow and obviously they were considered unsightly.

THE Hair they were worn in an even more particular way, to give more charm to the lady in the eyes of her visitors and to move away from the Tang aesthetic canons. In fact, they had to be very long and loose (as opposed to previously adopted buns and hairstyles), to fall and spread on the ground like a kind of coat, in addition to being silky and shiny, thanks to packs of rice water or camellia oil and without ornaments that could damage them. However, ribbons could be used to prevent wisps of hair from coming over the shoulders, to avoid smearing them with ink when the ladies composed poems, an artistic habit common to virtually all members of the court.

Like many other things, these auspicious rituals established on the basis ofold lunisolar calendar, therefore, even when it came to their own hygiene and cleanliness, they expected the best days and times; moreover, growing up, both boys and girls performed a rite of passage in adulthood which included a change in clothing and hairstyle: men, for example, were shaved and then gathered the remaining locks into a bun which also supported the hats worn at the palace; while for women some delicate clasps have been added and at most a change of clothes has taken place opting for a adult woman kimono. The latter, then, were worn in several layers and were carefully chosen and over the centuries have always respected an aesthetic that followed the passage of the seasons and therefore traced the natural symbols of flora and fauna.

This keen interest in self-care and general self-presentation, with particular attention to the face, has persisted to this day, among the prints of bijin-ga (portraits of beautiful women) and the technological development of the beauty products used, two factors that have kept Japanese standards very precise and sought after.

From 1980, we can say, in fact, that in terms of cosmetics especially, the belief has remained that we a clear complexion and nourished, full skin is an expression of a person’s even inner beauty. The reason for the birth of the movements and is even more obvious modes like gyaruin particular the gangurowho wore heavy makeup and tanned as much as possible, in a form of rebellion against the secular aesthetic canons that have always imposed themselves almost automatically on women.

However, the idea of ​​a single has recently made a comeback. beauty standard that enhances clear, blemish-free skin of the Japanese, beyond any trend that may arise in the meantime, and of course this is related to skin care routine which for centuries has been part of the daily practice of Japanese women but which today, in fact, thanks to the support of science, aims to another type of “constriction” to think about: the Western cultural influence is becoming more and more part of the habits of Japanese women, according to whom you have to have perfect skin to look eternally young, between wrinkles to be smoothed and a complexion to be unified with creams and oils, eyes that need a wider look and even new beauty proposals showing half-Japanese and half-Caucasian girls, who perfectly embody a new ideal between traditional and contemporary appearance and, in a certain sense, multicultural.

In short, today’s women find themselves ready on several fronts, to walk on the razor’s edge which could harm them as soon as they deviate from these standards and of which we already see examples every day in the West. The path to true beauty should be another one where women are relieved of the burden of always being immaculate, to express their potential on other fronts by taking care of their fair skin, hair and body. to feel good about themselves. But it is clear that, given his secular origin, he is another long and winding road pass by.