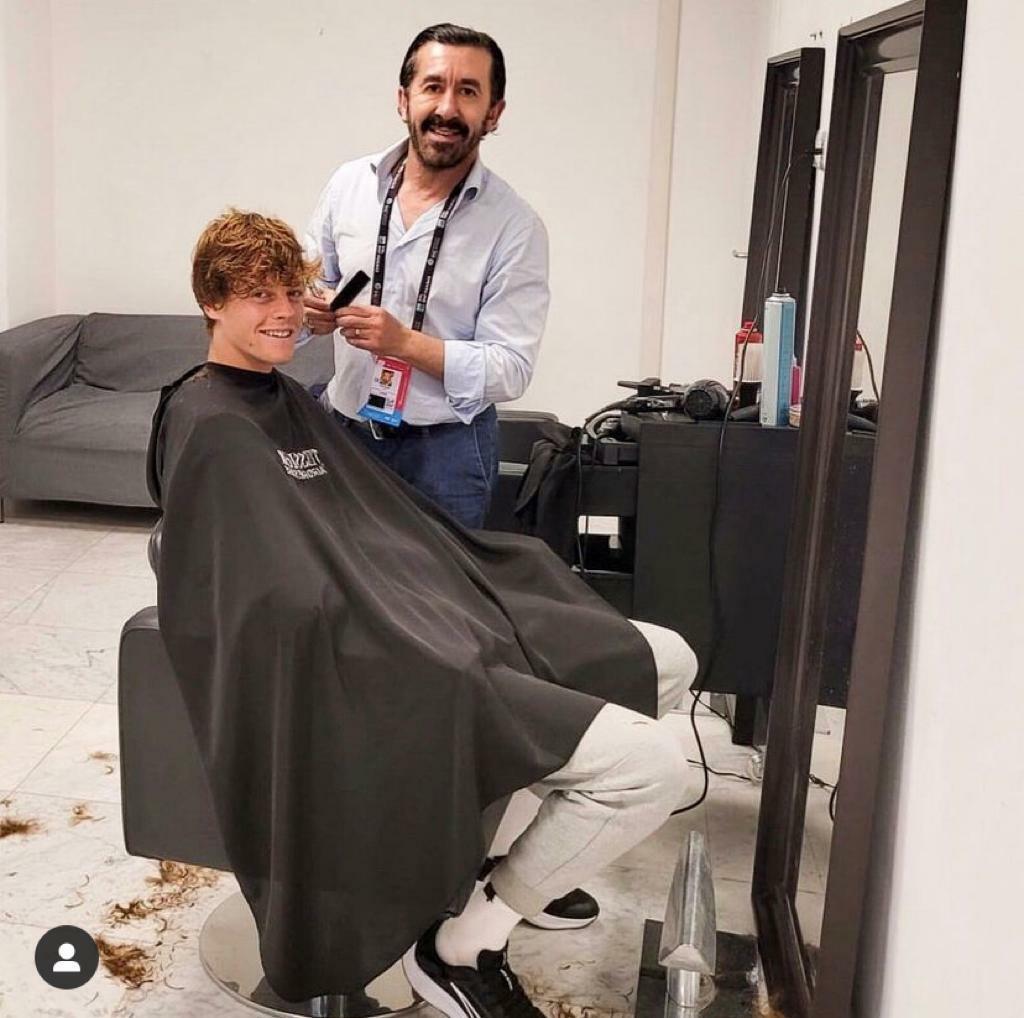 “What unites all tennis players is superstition. There are those who only cut their hair on certain days, others who only do it at certain times. Without forgetting those who come to the hairdresser only accompanied by their coach. Jokes GianMarco Tessier on the phone while, in a break from his work, he evokes the vices and virtues of the tennis players he has been seeing for more than eight years.

In fact, Tessier has been the official hairstylist for the Rome Open for nearly a decade. “Under his scissors” have passed champions of the caliber of Nadal, Djokovic, Zverev, Tsitsipas, Berrettini, Sinner and many others, as well as some myths of the past like Boris Becker.

“I inherited the trade from my father and my uncle. We have two hair salons, one in Tuscolana and one in Piazza di Spagna. I – in the period of the Internazionali – I move to the Foro Italico for about ten days. And this year I also went to Turin, to the ATP finals”.

You who have the gift of shaking them close, what types are these types always all over the world?

“They are simple people, easy going guys, all very helpful. And all very superstitious”.

In what sense: what superstitions do they have regarding their hair?

Who are the most superstitious?

“Stefanos Tsitsipas and Alexander Zverev. The German only gives his coach a haircut when he says so. The other day his trainer met me and said he had the green light today, I cut them”.

Did he also cut Sinner’s hair?

Is the Italian player superstitious?

“Not a lot, even if deep down they are all a little”

Instead, who is more vain?

“There is no one in particular who cares more than the others. There is Djokovic who still wants the same haircut. It must be identical, it’s manic in there.

And Nadal? From TV he seems to have thin hair…

“Nadal is a little bald but he had the transplant. But when you have little hair, the transplant cannot make it thick like before, even if it’s better now”.

Does he then take special precautions with Nadal?

“Our way of working in these cases is to try to ‘cover well’ where the spaces are large, let’s say”.

A person on the circuit who is particularly nice to you?

“Tsitsipas’ father: he is very helpful and kind. I cut her hair the other day, then we met for lunch. he called his son and introduced him to me, telling him that I was lucky and that he had to come and cut his hair. (And in fact Tsisipas qualified for the semi-finals, beating our Sinner, editor’s note.)

“We know each other well with him. I have been playing tennis together for many years, he is a simple and easy going person. But that applies to everyone. They are all much simpler than it looks”.

But did you play tennis back then?

“Yes, I was also classified. Here at the Forum, I brought together my two passions. Tennis is my job”.

Has anyone ever complained about their work?

“No, on the contrary, they thank everyone. They are always super helpful, they don’t pay and so you see them come back with sweets, ice cream or hats to “refund”. In Turin, a player gave me a racket. It was a gesture that gave me immense pleasure”.

“Pierre-Hugues Herbert, won the double at the ATP Finals in Turin. We have become good friends”.

He has been at Foro Italico for ten years, he must also have met the Williams sisters. Did they ever come to her?

“Yes, they have very long hair, they cut very little. They only came to make two folds, they didn’t want me to cut them”.