A lake of almost 80 square kilometers set like a jewel between countryside and hills, in Umbria, the green lung of Italy, and the only region of the boot to have no outlet to the sea. Lake Trasimeno, for locals and tourists who decide to visit the immense Umbrian heritage, it represents the beach, fun in the name of relaxation and lots of good food. CNN devoted an entire report to the beauties of the lake, its people and the gastronomic culture of the region, and a way of live your holiday sustainably is slow.

Here you can find rich and poor cuisine at the same time, but almost exclusively zero miles. The enhancement passes from the plate and is hyper local. The meat comes directly from the wooded hills, as well as the famous truffles. Next come vegetables, legumes, sausages and the precious saffron.

But it is also traditional food comes from the lake. Clearly freshwater fish. Let’s talk about perch, pike, carp and eel. Often cooked in a tasty and always different way. For example, CNN praises an age-old recipe that sees carp as the protagonist but cooked in porchetta, therefore as if it were roast pork with herbs: a classic Italian style but definitely revisited in a key of lake. The food of Lake Trasimeno, which at first sight may seem difficult for foreign tourists who associate our country with pizza, pasta (in all ways) and meat, is in fact a “zero kilometer” food.

Fishing on the Trasimeno

CNN chronicles the economy of Lake Trasimeno, historically divided between fishing and agriculture. Fishermen gathered in a cooperative today return from fishing trips and then turn into chefs (they have launched a restaurant managed by themselves) cooking classic dishes from the lake, perpetuating the culinary traditions of Trasimeno and focusing on recovery and sustainable economic development. What do you eat at the fishermen of Trasimeno? An obviously super local menu that includes dishes like pike salad, truffled carp and homemade smoked tench gnocchi.

A regional cuisine that conquers the palate

simple dishes, recognizable tastes and cleaned without adding too many seasonings or sauces. It’s true for Americans Umbrian taste. Ingredients are valued and people often source directly from their gardens what they cook and then eat, such as wild fennel and wild hillside asparagus, pomegranates, lemons, cherries and aromatic herbs. And then, of course, fishing, with typical products and authentic recipes from yesteryear once again cooked in their more traditional or even revisited version.

One of the most popular dishes, as CNN tells us, is tegamaccio, a fish stew that was once made with leftover fish, which fishermen then had to throw away, which was instead scavenged by wives and cooked in an earthen pot. The ingredients that are usually never missing are perch and eel marinated in lemon. A dish also appreciated by foreign tourists who, being by the lake, are certainly not looking for sea fish such as tuna and sea bass just because they are in Italy.

Among the other local products of Umbria appreciated by tourists who love good food, as well as villages and natural beauties, there are the Trasimene beannow a popular legume, a small bean grown by the Etruscans in pre-Roman times, Slow Food Sentinel, once little considered and used, as locals testify, to feed rabbits. And what about the very fragrant saffron from Città della Pieve, which is about 15 minutes south of the lake. All products that have found new contemplation and much appreciation.

A destination far from mass tourism

Lake Trasimeno is not only a popular place for good food, but also a holiday destination. In Umbria, a land rich in villages and artistic beauties, it has no outlet to the sea and seaside tourism takes place here, in a quiet place which had nevertheless been stormed after the Second World War. Here, as the report explains, we wanted to create a sort of “Rimini alla Umbra”, in fact there were pedal boats, cabins, equipped beaches and kiosks on the beach like on the Romagna Riviera. And, of course, we ate fish from the sea and not from the lake. Today everything has become local again: the change in the tourist model has saved the unique gastronomic heritage of the lake.

The mission on Lake Trasimeno is not to give in to mass tourism. A philosophy that has been translated over the past twenty years by a form of quality tourism and not based on huge numbers. There are villages of Trasimeno which are pearls to discover: Passignano sul Trasimenoon the north coast, e Castiglione del Lagoto the west, inserted between The most beautiful villages in Italy. But even moving away a little from the shores, one encounters the intimate and gathered wonders of other villages where time seems to have stood still, such as Corciano, MugnanoCastel Rigone, Paciano and Panicale.

A slow and sustainable tourism that appeals to the tourist who appreciates holidays among the insiders, among the locals, who discovers the traditions, the local cuisine and does not seek the stereotype of Italian holidays anywhere in the country. Both in terms of the hinterland and the seaside resorts: Umbria is not there Tuscany and it’s not the Laziobecause it should not be associated with other areas but keep its identity clear, as it has done over the years.

The ideal traveler to discover Umbria is the one who is able and willing to appreciate the essence of these places so rich in history and natural heritage that deserve to be lived to the full, spending days of relaxation and tranquility, and forgetting the word frenzy from the vocabulary. Not the crime of hit and run, nor tourism adapted to the simple consumption of what a territory can offer. A type of tourism which, unlike most seaside resorts overlooking the sea, can be seasonally adjusted and appreciated, for example, also in autumn. 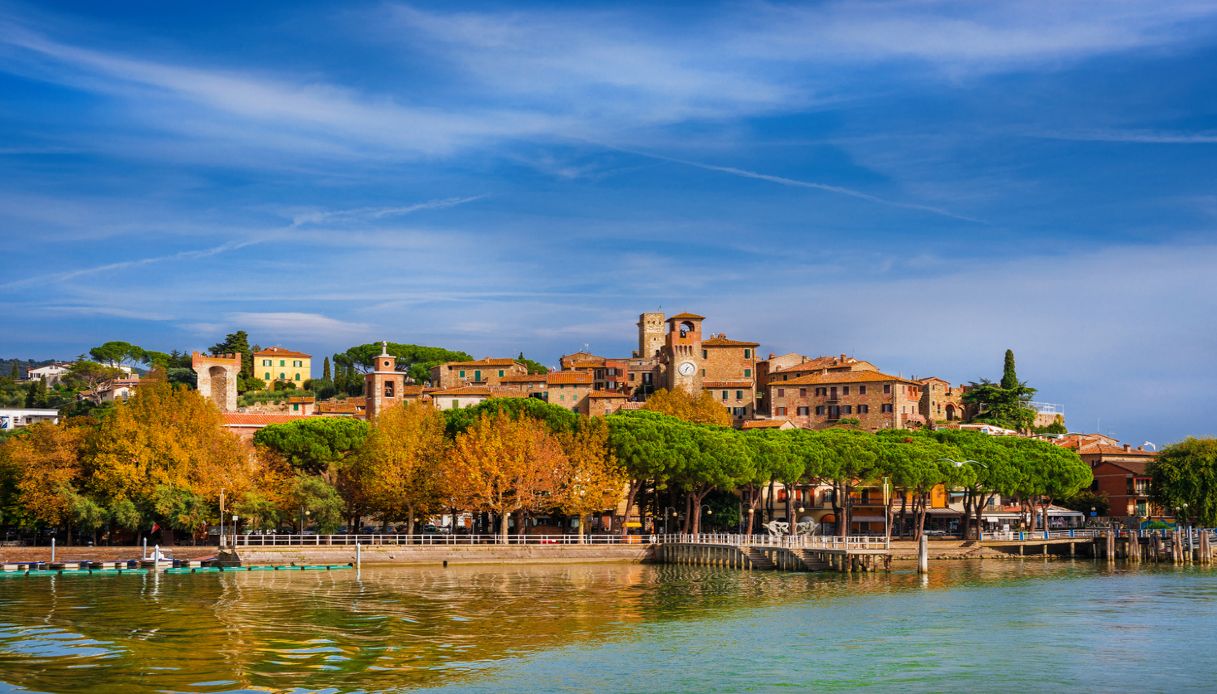