Modena is back from the good test offered against Bari, in a match that the roosters were able to recover from the 1-3 disadvantage

Modena on the field this afternoon for the last act of the season; in fact, the company has already ordered the ‘break the lines’ and has already planned the pre-season retirement, confirming Fanano’s seat for early July.
The match at Druso di Bolzano with SudTirol remains to be played, decisive for the awarding of the Serie C Super Cup.
SudTirol won Group A, earning their historic first promotion to Serie B on the pitch, with an incredible championship; 90 points gained, the record of 27 wins, 9 draws and only 2 losses and with only 9 goals conceded in liabilities; record numbers also at home, with 14 wins, 5 draws and zero losses, which gave 47 of 90 points, seasoned with 25 goals scored and only 3 conceded, record numbers that will remain in the annals of the Bolzano club. SudTirol, in the opening game of the super cup mini-tournament, beat Bari at the San Nicola stadium by 2 goals to one, overcoming the initial disadvantage and reversing the result.
Definitely a strong team and a tough game for Modena; to win the super cup, the yellows only need victory, the other results will reward SudTirol.

Modena is back from the good test offered against Bari, in a match that the Galli were able to recover from the 1-3 disadvantage until the 3-3 draw with strength, courage and determination, thanks to Bonfanti’s hat-trick, and showing these qualities who distinguished them during the championship; today’s match will undoubtedly be played openly by both teams.
Two curious precedents against SudTirol, two games that marked two important “last times” in the recent history of the canaries. Modena played Bolzano on October 4, 2017, losing 3–1; it was the last away game, and also the last game, for Modena before bankruptcy; In fact, this match was followed by four matches in the calendar, which Modena did not play, and which resulted in the exclusion from the Serie C championship and the subsequent failure declared by the Court of Modena on November 28, 2017.

The second precedent concerns the 2019/2020 season; Mignani’s Modena played in Braglia against SudTirol, winning 1–0 (Spagnoli goal) on February 22, 2020; it was the last game of this season for Modena, who then forfeited the playoffs, before the suspension of the championship caused by the Covid pandemic.
It will be, in total, challenge number 8 between Sudtirol and Modena; in the previous 7, the record between the two teams is substantially equal, with 3 victories for Modena and 4 for Sudtirol; but Modena will have to overcome the taboo of Bolzano, given that in the previous 3 matches played at Druso, the yellows have always come out defeated.

For formation, Tesser is oriented towards the midfield diamond; Gagno returns to goal, behind the four-man line with Ciofani, Piacentini, Pergreffi and Renzetti, even if the return of Azzi is not excluded. In the middle except Di Paola low vertex (Gerli still absent) with, on the sides, Scarsella and Armellino. News in sight in attack, where coach Tesser thinks of the two attackers Bonfanti and Ogunseye supported by Mosti on the trocar; remains in the second round with Tremolada who, although not yet in his best form, should start from the bench. As always, Tesser reserves the final picks in the final minutes before the game.

For years, Lapressa.it has offered its readers free and independent information without any form of public contribution. Private advertising covers part of the costs, but it is not enough. This is why we ask those who read us every day, and follow us, to bring us, if they believe in it, a contribution according to their possibilities. Even a little support, multiplied by the tens of thousands of people from Modena and Emilia-Romagna who read us every day, is essential. 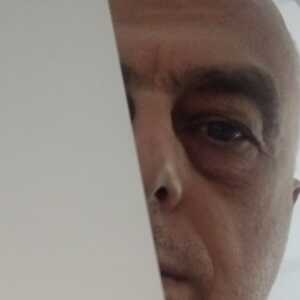 Come on, straighten up, back straight, head held high and look towards infinity. Sport is a lesson in life… Continue >>