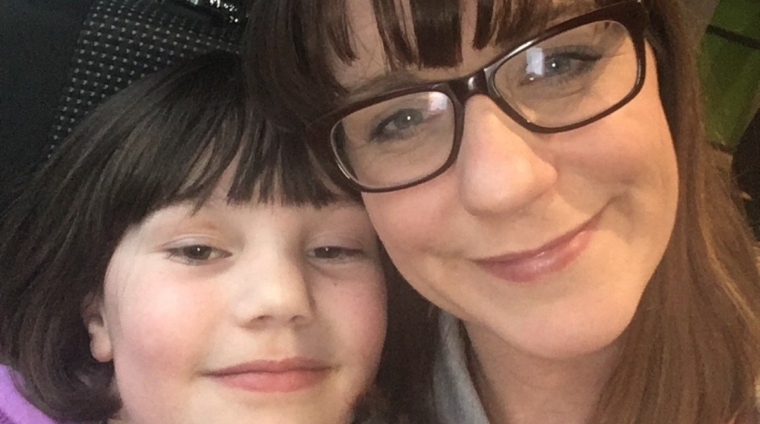 An NHS worker said so I his mother nearly cried when she topped up the prepaid electricity meter and said the two often ate cold dinners to keep their energy bills down as the cost of living rose.

Katie Box, 33, a therapist in Hampshire, said rising energy bills had forced her and her mother to lower their standard of living.

Ms Box said that before April she and her mother would top up the electricity meter with £20, which would be enough for most of the week, but are now forced to pay more frequently for energy.

“Last Friday they gained twenty pounds, but on Monday they were almost gone, so yesterday I gained another 10 pounds. It now happens every other day instead of once a week,” he said. -he declares I.

To keep her energy bills as low as possible, Ms Box said she opted for showers rather than bathrooms.

Some evenings he cannot afford hot meals and instead eats cold snacks to cut costs, he said.

“My mum and I try to think about being creative with meals so we don’t rely too much on the oven and switch to proprietary brands rather than more ‘luxury’ brands,” Ms Box said. “I have noticed that my purchases have increased by £60 per month for the same foods I have purchased before.”

Charity FoodCycle, which serves meals to those in need, said it saw a 341% increase in new users between January and May 2022.

FoodCycle user Andrew McIntyre, 57, from Walsall, West Midlands, said: ‘For me the main aspect of the cost of living crisis affecting me is rising bills, particularly gas and oil. ‘electricity. He made me more careful with my other outings”.

Mr McIntyre allocates a budget of £14 a week for food, which he manages to meet with help from the charity and by buying food from the reduced section.

“I just make sure I’m organized by shopping, finding discount food, and cooking everything from scratch, as well as my weekly meal at FoodCycle and any extra bags of food to go,” she said. “It’s not easy and never enough, but it’s less of a concern than other bills.”

Economic experts have warned around 1.5million UK households will struggle to pay for food and energy over the next year.

Families with disabled children are among those disproportionately affected by rising energy bills.

Marie Cavalier, chair of the Sturge Weber UK support group and mother of a 12-year-old girl with vascular disease, has to feed an epilepsy detection mat at night.

Ms Cavalier, a married mother of three, previously paid £197 a month for her electricity, but was told this would drop to around £364 from April 1.

“I changed my direct debit with an existing company, reduced it to £265 and now give monthly meter readings so I can change the difference,” he said.

A study by the charity Contact found that 85% of families with disabled children use more energy because of their child’s condition.

He added: “The problem cannot wait for long-term measures, the impact is now and it is not being properly recognised.”

A government spokesperson said: “We understand that people are struggling with rising prices and, although we cannot protect everyone from the global challenges we face, we are helping British families to do face the coming months with a £22bn support package.

“This includes the savings of a typical employee of over £330 a year from a tax cut in July, allowing people on the Universal Credit Cut Rate to help people keep more of their the money they earn, benefiting over a million households by around £1,000 a year, and providing millions of households with up to £350 each to help cope with rising energy bills”