The Yiddish expression Oy Vey! it is often found on street signs indicating Brooklyn to indicate the strong presence of Jewish communities in the neighborhood. And it is precisely in Brooklyn that Oy Vey Osteria has now taken on a physical entity. “Before, we only sold online,” says Luca Piagesi, who was born in Rome and grew up cooking with his grandmother Adele – then he attended cooking school and became a chef. Having worked all over Europe and arrived in the United States in 2018.

“Oy Vey Osteria is inspired by our grandmothers and the traditions they brought to our home through food,” echoes his Brooklyn-born wife Samantha Hunt, “it started as a way to explore our roots and our love of food. Oy Vey Osteria is our version of our grandmother’s recipes, combined together to give it new life”. Samantha grew up with her grandmother Gloria cooking traditional Jewish dishes. She is now an artist and teacher and expresses her connection to her Jewish heritage through food. 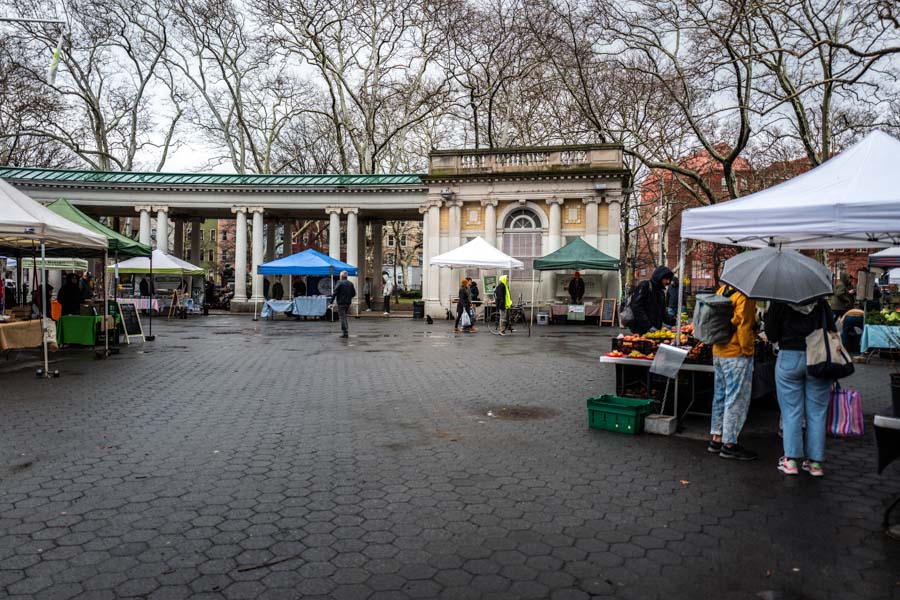 We caught up with them last Sunday at their stand at the McGolrick Park Farmer’s Market in Greenpoint, Brooklyn.

Despite the persistent rain, a steady line of patrons continued to form and inquire about their specialties. Yes, because in addition to the classic challah bread and focaccia, there are specials that change from week to week.

We asked them a few questions.

What’s it like to be part of one of the most popular farmers’ markets in town?

We are really happy to be part of these markets because they prioritize sustainability and community. We are grateful to be connected to this network.

What are your most popular products? 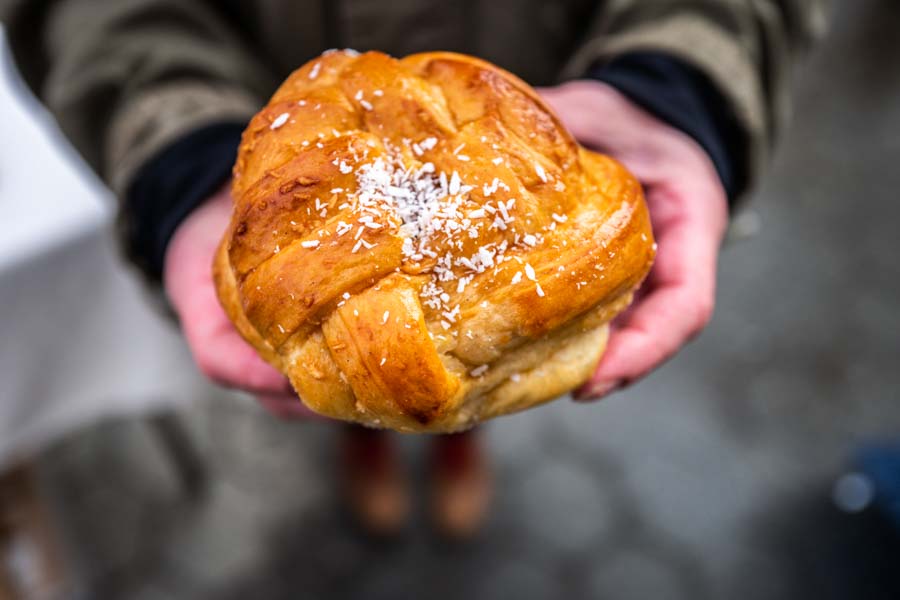 How did you meet?

We met online. We started talking and immediately found ourselves in tune. We had planned to meet in person, but the pandemic arrived in March. At that time, Samantha was living out of town up north and Luca in Queens. Due to the pandemic, we stayed in touch but didn’t meet until June 2020. After our first meeting, we saw each other weekly until Samantha moved to Queens. We got married in January 2021 and the following summer we founded Oy Vey Osteria. 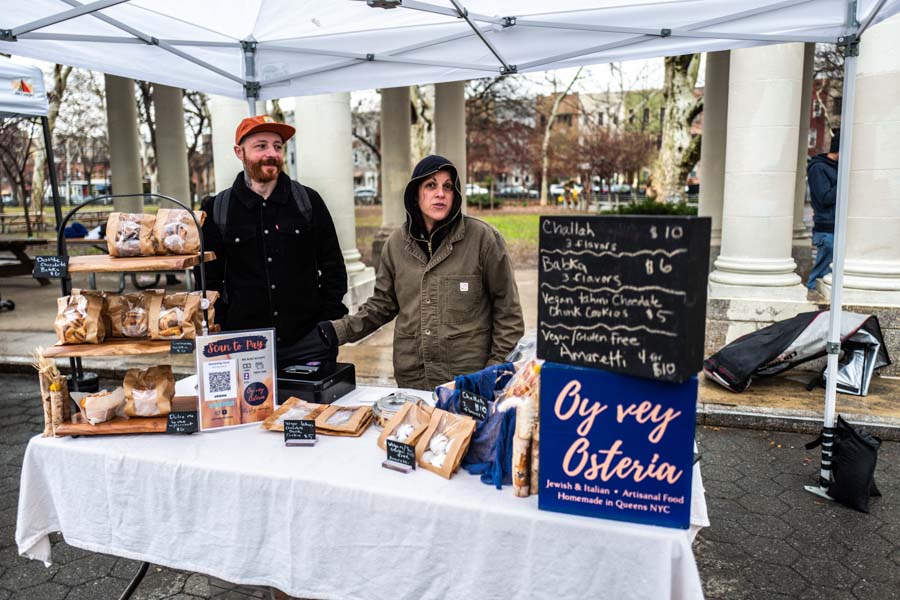 What makes your product special?

What makes our product unique is that we respect and have learned the traditional version of the food we produce, but then through our life together we combine the recipes and make them our own. We take inspiration from the community around us and try to incorporate it into our diet, with new flavors and approaches. 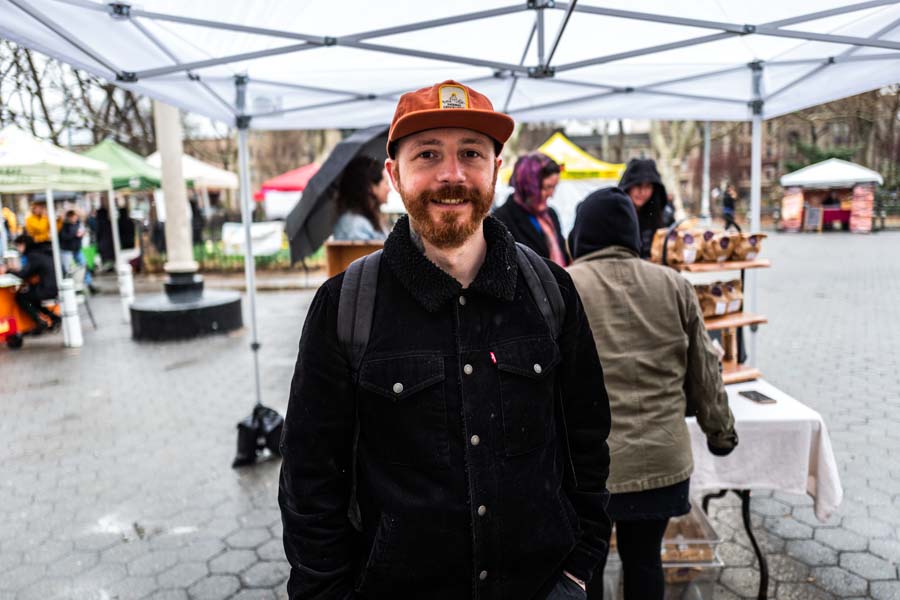 What is the specialty of this week?

We like to create a menu for the upcoming holidays. Right now Passover is approaching and we have Caprese cake for you: it’s a gluten-free Neapolitan chocolate and almond cake, then a gluten-free version of a traditional carrot cake with cream cheese frosting, made with almonds, then we have a gluten-free vegan cookie with apricot jam and, last but not least, chocolate covered coconut pastries. We put together this menu because it is a beautiful blend of traditional Italian cuisine and favorite Jewish holiday dishes.