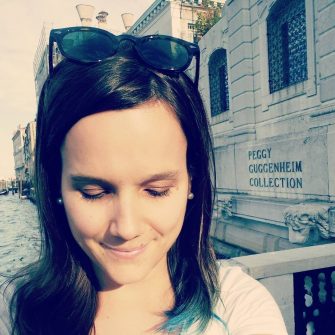 We interviewed the author on the occasion of the presentation of the “stage” of Leggi (h) in peso, which will be held in San Secondo Parmense and which will see her as a guest, together with Pietro Del Soldà and Chiara Delogu, in the see you on May 22 at 6 p.m.

“Mirror of my desires”: a captivating title, which takes us back to the stories we listened to as children, but which finds a more precise definition in the subtitle “The prison of beauty”. Desire and limit, beauty seems to represent both in our daily lives. Where does this work come from?

This book was born from the need to put in order and “align” the studies on the theme of beauty that I have had the opportunity to face in recent years. When we talk about beauty, we often find ourselves thinking that it is something objective and immutable, but the current idea of ​​”beauty”, the aesthetic canon in which we live immersed, has in originated in much more recent times. Between the end of the 18th and the beginning of the 19th century, the social role of women changed. The advent of the bourgeoisie implies a radical change in the approach to gender: certain limitations are removed, others are created, largely linked precisely to the definition of objective and canonical beauty. Scientific studies on the subject began at the end of the 90s of the last century: history, sociology, history of medicine, psychology combine to draw, with a multidisciplinary approach, the borders within which beauty has “set cage” our daily life. This concerns in particular the female gender, more subject to the pressures imposed by the aesthetic canon for reasons of power (economic, political, cultural).

Yet even in the feminist movement, for example, there are those who argue that today more and more men are subject to the pressures of an aesthetic model imposed from above…

Research also demonstrates that the impact of beauty on men’s lives and choices has steadily increased over the past decades. The first studies on this subject date back to 2014. The male gender also undergoes the pressures given by the aesthetic judgment, the shame for a physical form that does not correspond to the model. Also in the market, we see that many more men’s cosmetics are being released than in the past, and more economic resources are being invested by men in this sector. However, we cannot yet speak of “parity” in this sense and it would indeed be desirable that this type of parity does not occur. Women are under greater social pressure than beauty and this is the result of a millennial history, which on the one hand has relegated them to the role of missing men, on the other hand has defined them as something monstrous . Odo de Cluny called women a lot of manure hidden by beautiful features. This has profoundly influenced the way society relates to the female gender. In the 19th century, society began to change: the new rules of the bourgeoisie imposed themselves, fashion took off and, at the end of the century, the dazzling advent of the photographic image, then magazines at the beginning of the 20th century. The ideal woman has increasingly been defined according to a model constructed on paper, universalizing the characteristics of beauty, homologating bodies. The industrialization of clothing did the rest: a size had to be defined and, from the point of view of the canon, the ideal size of a woman, the “normal” body. What is not conform cannot be beautiful.

Yet today, body positivity seems to mark another milestone also in the fashion and body care sector, although, to be honest, many women see this “positive acceptance” at all costs as another imposition, another constraint on their body, which must be loved for what they are, on pain of blaming those who do not love themselves, in whole or in part…

The problem with body positivity is that, from a movement to defend diversity, aiming to promote respect for all bodies, it has turned into an advertising campaign of optimism, once again becoming a market tool. “Beloved” some ads started saying in the 90s, “because you are worth”. This partially distorted the message, which therefore did not lead to a real tariff change. In this sense, the attempt did not work. In fact, it is not enough to think in the broad sense of cultural passage. We were educated and brought up according to well-defined patterns: the eye is accustomed to perceiving “this” beauty. At this stage, commercial campaigns based on body positives risk aggravating the situation, making self-acceptance, of one’s body, yet another social obligation. What should rather change is the individual relationship to the body, which should once again become a fact that is more private than public. The point to disassemble is duty.

But is it then possible, in a context dominated by market logic and by the spectacular and hyper-connectedness provided by social networks, to dismantle these aesthetic constructions?

The problem is actually the system. The production system is able to integrate any cultural discourse. Body positivity is an example of this: from a political fact, it has become a market fact. On the one hand, sizes are gradually being reduced, on the other we are witnessing the choice of several major brands to focus on vanity sizing, i.e. the enlargement of sizes aimed at the gratification of the buyer. . Working on the concept of size itself, some brands decide to transform a size 44 into 42 on the label, focusing on customer satisfaction, thus leading to the purchase of the garment. In a market society, therefore, the only possibility of changing this status is to take charge of the question through the media, to take charge of what has happened so far and to work on a new image to propose. , but not on always dedicated occasions. . The market society is largely based on the feeling of guilt, on the idea of ​​having sinned, of the individual. We sin by eating too much, by not doing physical activity, by neglecting friends and family, by devoting too much time to work: the solution proposed is always that of buying, whether it is a bonus for correct behavior, let it be an “atonement” for precisely having sinned. We need to reclaim the opportunities of free beauty, which we return to feel emotions outside the dynamics of purchase and consumption. The facade to which we voluntarily submit on social networks is in fact a commodification, which the market knows how to exploit when it comes to beauty. Only gratuity, not only economic, but also gestures (not shown, but experienced), can be the way out of this millennial dynamic. 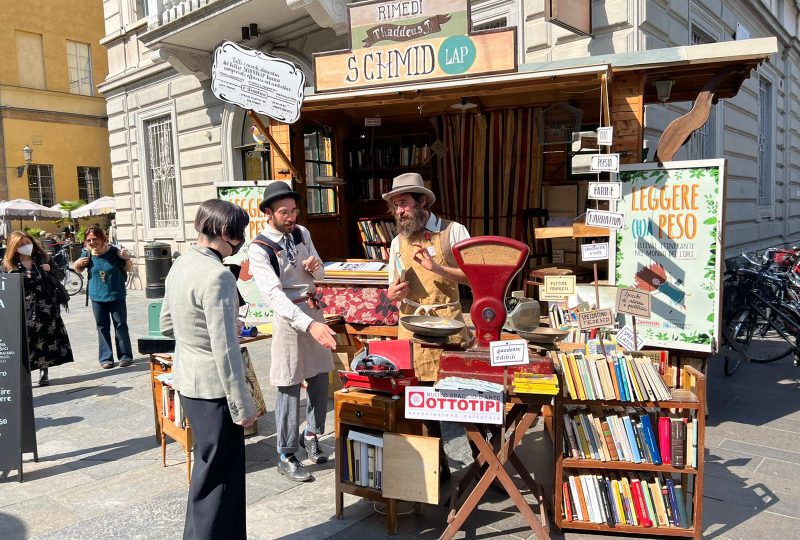 READ (H) BY WEIGHT is a reading promotion project, designed and promoted by the Ottotipi Association, in collaboration with the Libraries of Fontanellato, Fontevivo, Fornovo, Medesano, San Secondo, Soragna and Polesine-Zibello, created with the contribution of the Cariparma Foundation in part of the Appeal “Reading Creates Independence.” Many appointments and guests of the day dedicated to the theme of philosophy that will transform Piazza Mazzini in San Secondo into a large open-air library.