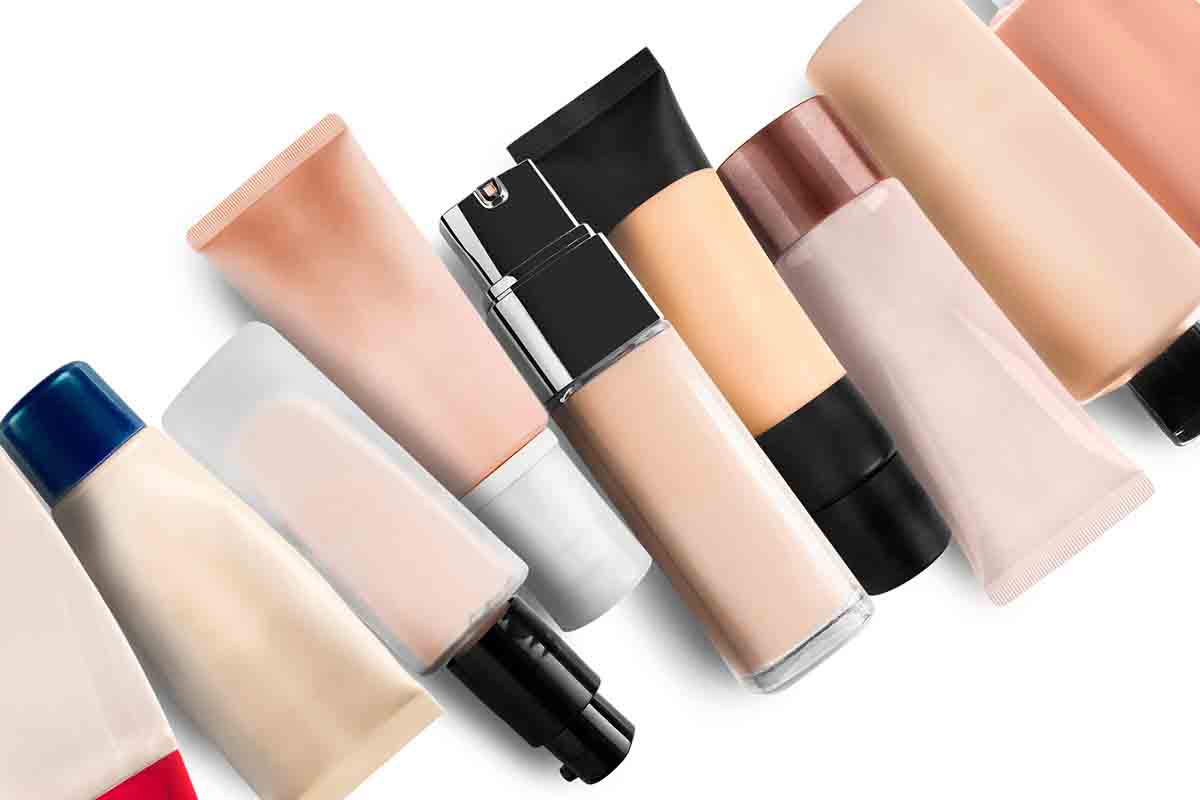 Colored day creams take care of our skin and make it fresher and more even. But what do they contain? Are there any problematic substances? The answer is yes, at least according to a recent test that only passed 4 out of 20 with flying colors.

In one of its latest surveys, the German magazine Öko-Test purchased and tested 20 colored day creams of medium shade, including 8 certified natural cosmetic products. Some creams are typical for the German market, while others are well known and also used in Italy.

The test was carried out based on the manufacturers’ declarations compared to what was found by laboratory analyzes on the individual creams. The technicians particularly went looking for substances such as PEGs, questionable UV filters, plastic compounds harmful to the environment, heavy metals, allergenic perfumes, etc.

Only 4 colored creams passed the test with flying colors, others were good while 5 creams “rejected”, including some well-known brands also sold in Italy.

What have the laboratories found in these formulations? A series of dubious substances which, underline the German experts, it would be good not to be found among the ingredients of a cream that one spreads on the face every day.

In particular, one of the creams tested (a German reference) contained the dubious fragrance Lilia, while another cadmium, a toxic metal.

Lilia, remember Öko-Test, is classified as a hazardous substance under the Chemicals Regulation (CLP) as it may cause reproductive harm. It has been banned in cosmetics in the EU since March, but the magazine bought the product shortly before the ban came into force.

And on this subject, the magazine writes:

The supplier in question probably only became aware of the contamination of their tinted day cream from our results. Following these, the manufacturer immediately stopped selling and issued a recall. In the future, the cream will again be produced without Lilial, he assures us.

Regarding the cadmiuminstead, it was found in day cream Doctors Formula Super BB Cream, also sold on Amazon. It is toxic to the kidneys and harmful to reproduction. This element is naturally present in the earth’s crust and can enter cosmetics via colored pigments, for example.

The magazine reads that:

The content measured in this product was higher than the guideline value of the Federal Office for Consumer Protection (BVL). The BVL tolerates levels below this value as “technically unavoidable”.

But that’s not all, some creams contain paraffins and silicones: 7 products had percentages higher than 1%. These petroleum-based substances are unable to blend into the balance of the skin like natural fats do. In addition, in some cases, where there are paraffins, it is possible to find contamination with aromatic hydrocarbon compounds (MOAH), as was the case with a cream in the test.

Other problematic ingredients reported are:

The best and worst creams

Let’s start with the “rejected” products of this test. Considering all the parameters, in the list of the worst products we find:

But among the creams deemed insufficient there are also: 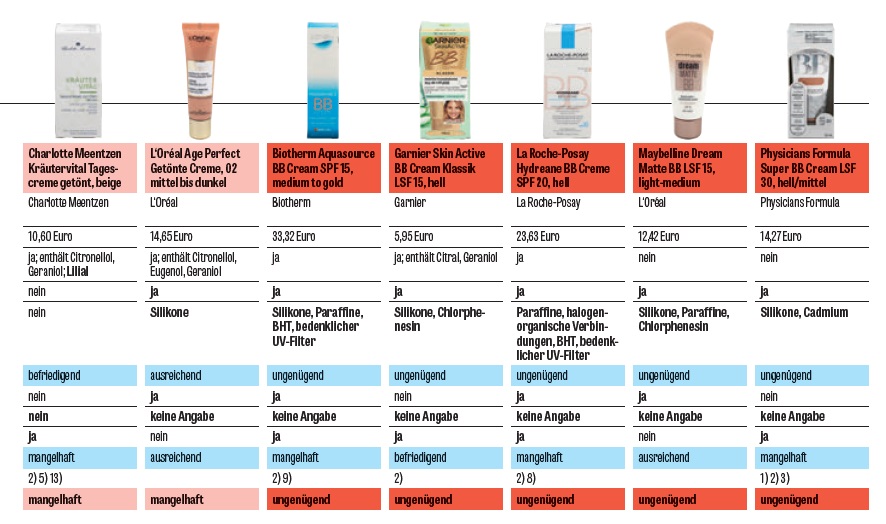 Between better productsinstead we find the Dr Hauschka Tinted Day Cream and that of the brand Saints but also the BB Cream Annemarie Borlind. 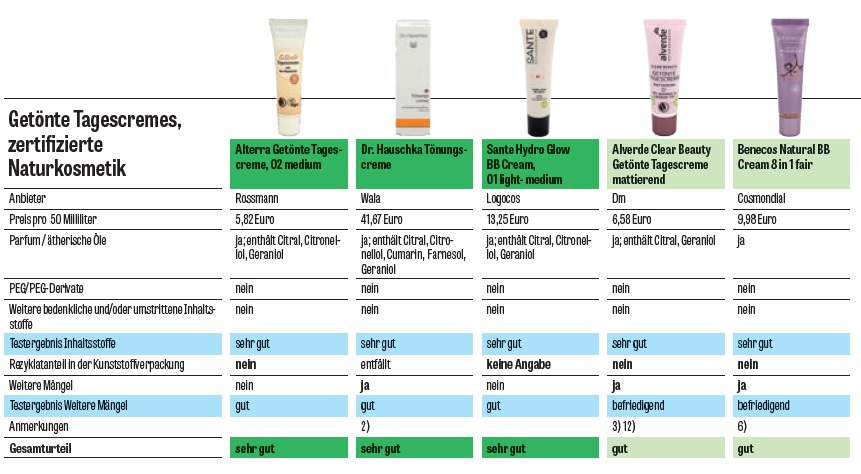 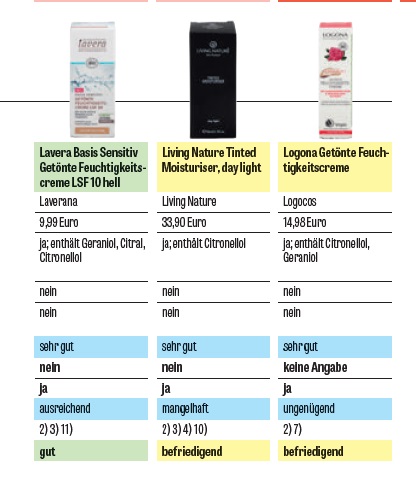 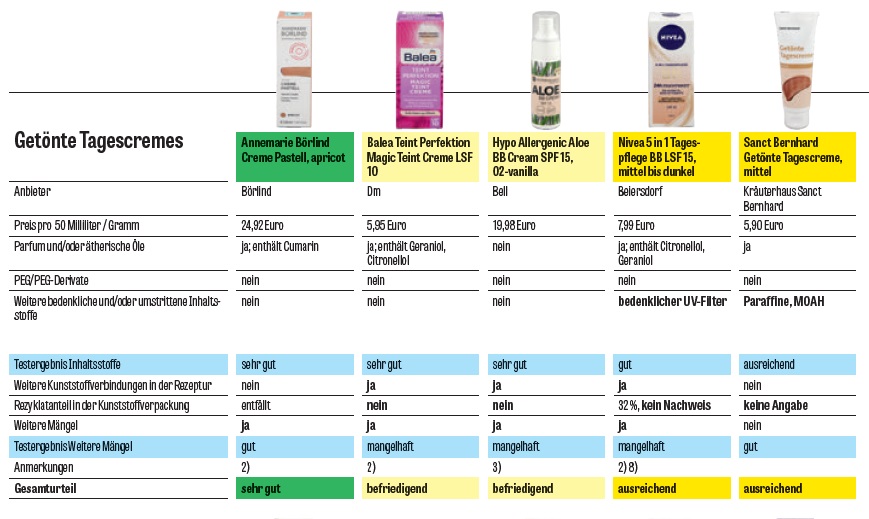