Art vs Mafia – The Power of Beauty, broadcast on Sky Arte on Monday 23 May | Courtesy of Sky Arte

In the room of the Palermo bunkers, scene of the maxi trial against the Mafia, last May, the artist from Como Velasco Vitali presented for the first time the brancoa work made with waste from unauthorized constructions, an extraordinary traveling metaphor now on display in the courtyard of the Law School of the University of Palermo, where Falcone and Borsellino studied.
Can art be a tool to fight the mafia and redevelop places marked by delinquency? But above all, can culture and beauty work as an antidote to a criminal strategy that aims for impunity and profit? 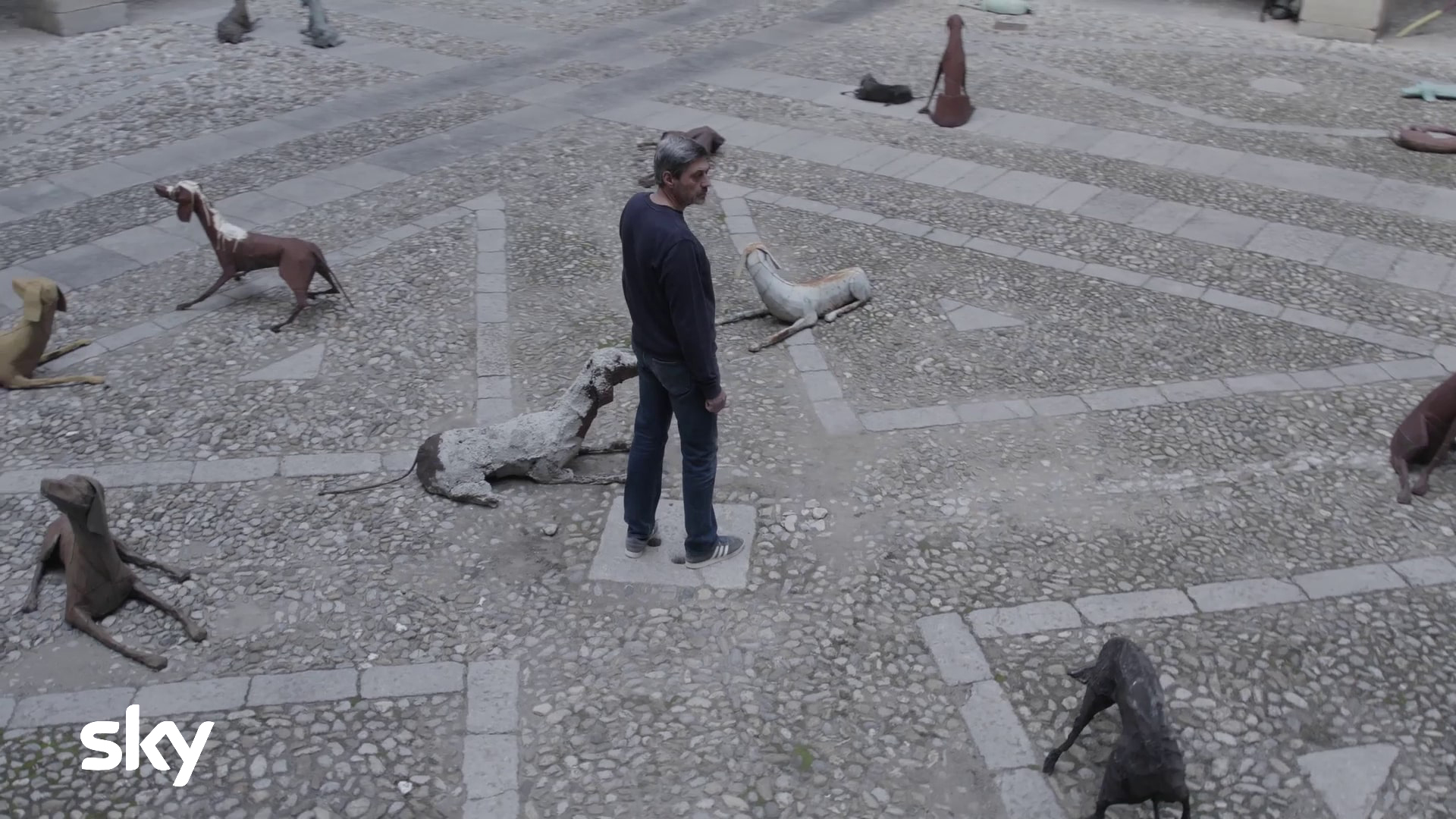 Arte vs Mafia – The power of beauty, broadcast on Sky Arte on Monday May 23 | Courtesy of Sky Arte

It is inspired by these questions Art vs Mafia – The Power of Beauty, the documentary broadcast on Sky Arte today, Monday May 23, thirty years after the death of Giovanni Falcone and Paolo Borsellino, and forty years after that of Pio La Torre and Carlo Alberto Dalla Chiesa. The sacrifice of statesmen marked the consciences not only of ordinary citizens, of justice and politics, but also of the world of art, as evidenced by the testimonies of artists, journalists, masters of filmmaking like Letizia Battaglia, but also family members of the victims, protagonists of an intense narration that mixes creative reflection and topicality.

Mafia and cultural redemption are the common thread that guides Art Week on TV, even if the programming on the small screen does not neglect the great masters of the brush. From the Renaissance of Salento to Caravaggio, here are the events not to be missed.

On Sky Arte Art vs Mafia – The Power of Beauty
In 2022, the anniversaries of four major mafia murders occur and Sky Arte remembers them through the special Art vs Mafia – The Power of Beauty, airing Monday, May 23 at 9:15 p.m. Thirty years after the death of Giovanni Falcone and Paolo Borsellino, and forty years after that of Pio La Torre and Carlo Alberto Dalla Chiesa, the film underlines the extent to which the sacrifice of statesmen marked the consciences of ordinary citizens, of the politics and justice. , in addition to leaving indelible traces also in the world of art. An intense narrative mixes creative reflection and current events, through the testimonies of artists, journalists, photographers and families of victims. From the photograph taken by Tony Gentile to Giovanni Falcone and Paolo Borsellino, who in a moment of intimacy exchange a smile, to the faces of the two magistrates who also inspired the Giants Gatefrom Claudio Fava who describes the paintings of his father Giuseppe, writer and journalist killed by the Mafia of Catania in 1984, to the testimony of Letizia Battaglia, recently deceased, the Sky special restores to us the memory filtered by art. 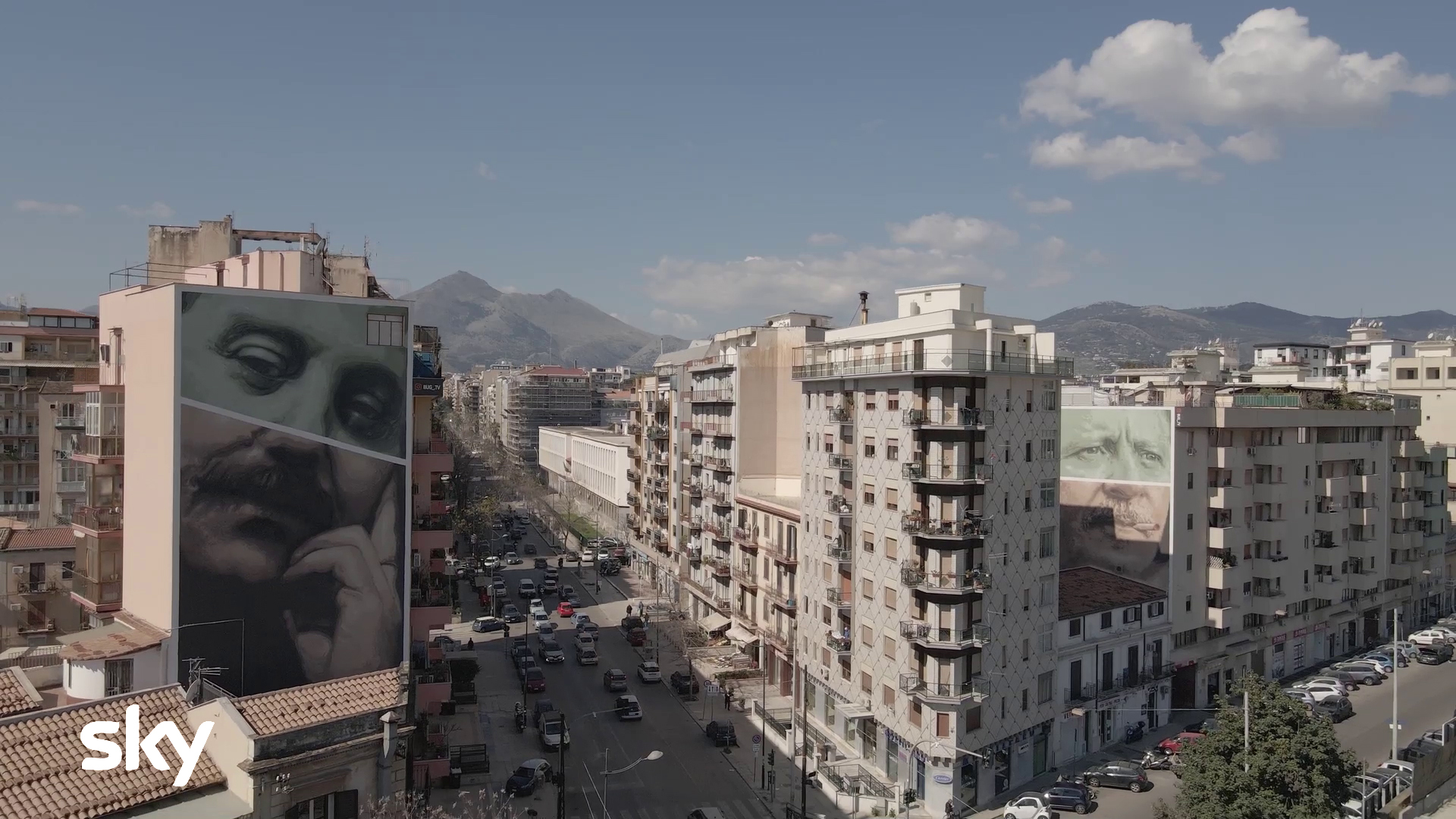 Arte vs Mafia – The power of beauty, broadcast on Sky Arte on Monday May 23 | Courtesy of Sky Arte

“From Falcone I said no, I didn’t even photograph Borsellino and Don Puglisi,” confessed Letizia Battaglia in a recent interview published shortly before her death, stating that on the day of the Capaci massacre she had chose not to go to the site of the explosion and to stop photographing the Mafia massacres, deciding to leave room only for beauty as an antidote to pain.

The week on TV continues, Thursday May 26 at 9:15 p.m. in preview with Secret Renaissance – Lecce and Salento. Passionate narrator of this journey from North to South, with the contribution of Stefano Zuffi, the conductor Beatrice Venezi leads us to discover the hidden marvels of the Italian Renaissance. In the sixth episode of the new Sky Original production – an itinerary to discover the most hidden treasures of the season, between the 15th and 16th centuries, during which Italy revolutionized European culture – we will discover the secrets of Lecce and from Salento.
Friday, May 27 at 3:40 p.m. Operation Caravaggioa Sky Arte production dedicated to the Nativity, a lost masterpiece by Michelangelo Merisi, will guide the public through the secrets of the canvas stolen in 1969 and never found. Spectators will travel through the history of the investigations and the reconstruction by the expert team of Factum Arte de Madrid. 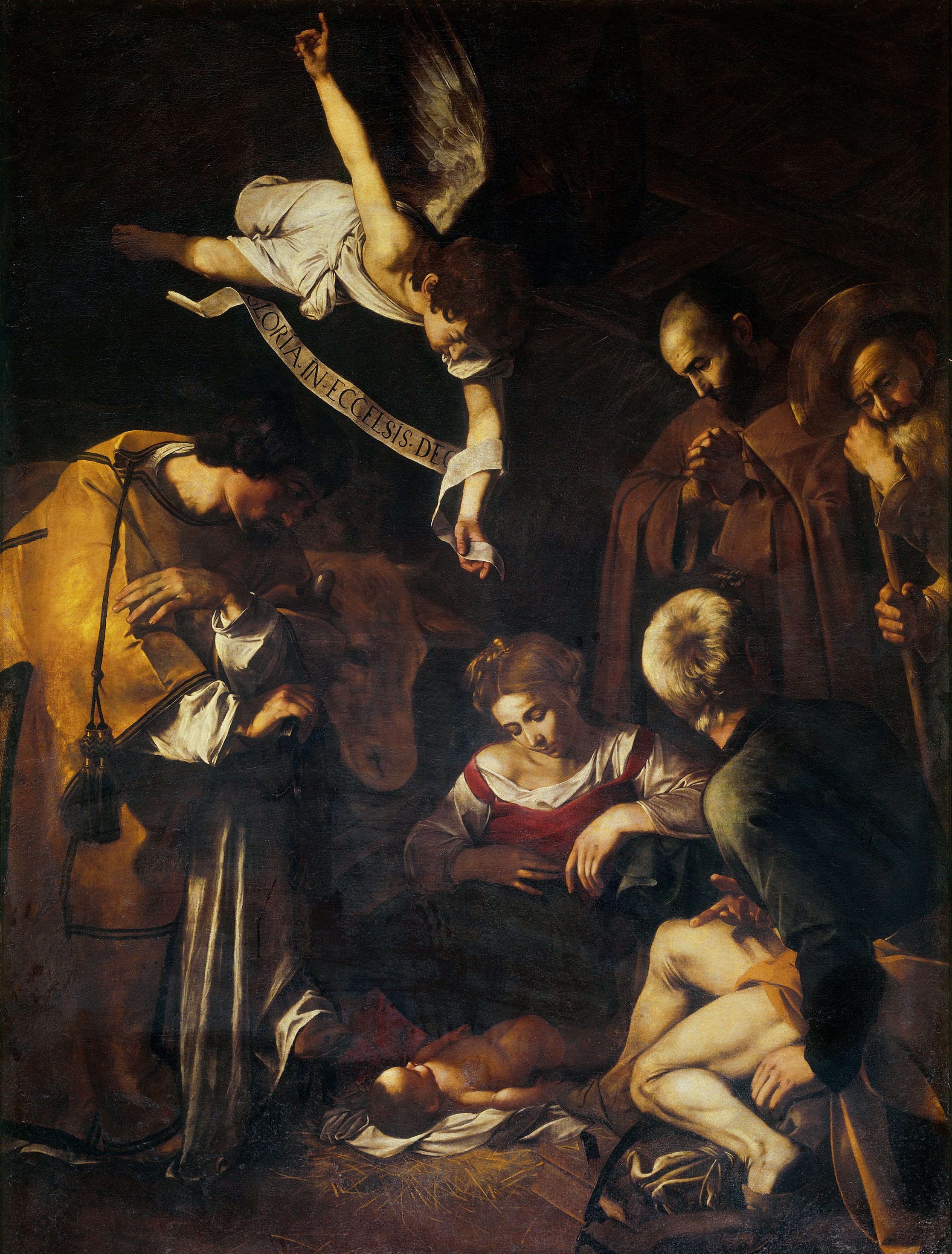 The Transavanguardia shines on Rai 5
Friday May 27 at 9:15 p.m. on Rai 5, Art Night offers a first run Mimmo Paladin. Sign language, the portrait of one of the most prolific and multifaceted artists of the international contemporaneity. Written by Nunzio Massimo Nifosì and Layla Bartlett Parry, directed by Nunzio Massimo Nifosì and produced by Laboratorio, in association with Luce Cinecittà and in collaboration with Rai Cultura, the documentary presents the “father” of an eclectic and multilingual art that embraces painting , sculpture, but also cinema and theatre, photography and graphic work. With the publication in 1980 of Italian Transavantgarde by Bonito Oliva, Paladino is one of those masters who, in response to movements such as minimal and conceptual art, take up the brush again to mark a return to traditional artistic modules.
His 1977 painting, Silently I withdraw to paint a picture today critics regard it as the symbolic painting of the return to painting. Similar to a “Splinter that guards the soul of each creation”, the sign of Mimmo Paladino, speaks a language common to all, elevating the master to one of the most internationally recognized contemporary artists.
The film, in addition to the artist’s first-person account, features the testimonies of Mario Martone, Michelangelo Pistoletto, Germano Celant. 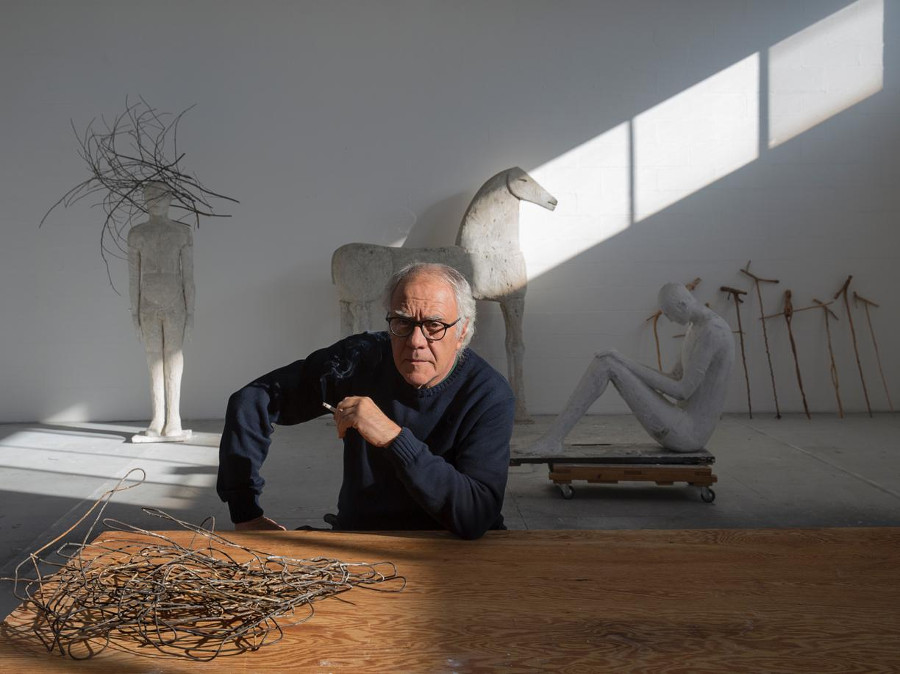 1968, moment of maximum mobilization of art and culture, rhymes with Avant-garde. The following decade, until 1977, saw a deep crisis of models and values ​​that led to a new model of cultural behavior, the one that Bonito Oliva named precisely Transavanguardia. 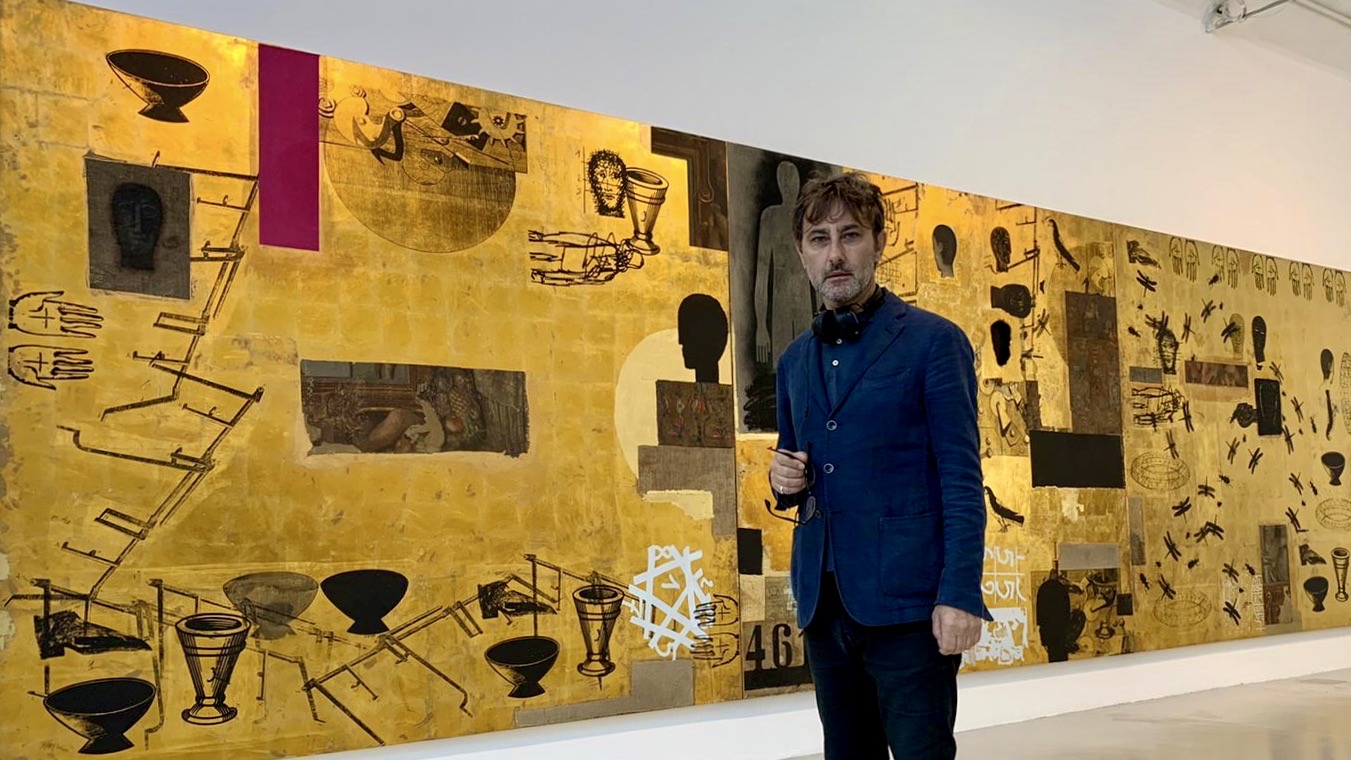 Only out of passion: on RAI 1 the second appointment with the miniseries dedicated to Letizia Battaglia
In post-war sectarian and retrograde Palermo, Letizia is a curious and rebellious girl who, at sixteen, decides to marry. However, her dream of autonomy turns into a painful patriarchal marriage. After an accusation of adultery, a nervous breakdown and psychiatric treatment, he decides to face his ills through psychoanalysis. The meeting with the young photographer Santi will give her the strength to make the final choice: to leave her husband and her daughters and to go in search of her own way.
Tonight, Monday May 23, at 9:15 p.m., Rai 1 will broadcast the second episode of Only for Passion – Letizia Battaglia photographerthe miniseries with Isabella Ragonese, which the director Roberto Andò dedicates to the extraordinary figure of the photojournalist from Palermo, who died on April 13.

On Arte tv design according to Charlotte Perriand
Arte tv celebrates the avant-garde style of designer Charlotte Perriand on the occasion of an exhibition set up by the Louis Vuitton Foundation. His work has never ceased to inspire architects, artists and performers in the entertainment world. Giving the floor to eight leading personalities, the television art series pays tribute to as many iconic objects imagined by Charlotte and which have revolutionized everyday space.