“People spend their lives putting out fires. They run, they jostle to put out the fires. But they rarely think: I light a fire, I light a fire, I burn. It must burn. Burning is not knowing what will happen. Anyone who puts out a fire knows how things end. A fire, on the other hand, is unpredictable, “anyone who lights a fire” asks a question about the future. Risk and uncertainty and hope. The flames have their own will. Change has no master. Anyone who starts a fire can get burned.”

With this prologue, poetic and political, it opens Catarina and beleza de matar fascistas (Catarina and the Beauty of Killing Fascists: read the poster here) by Portuguese playwright, actor and director Tiago Rodrigues, who arrived at the Storchi Theater in Modena on April 28 and 29 for the Ert Foundation, which co-produced the show with other prestigious international theaters (for the Italy, with Ert, the Teatro di Roma), after his debut at the Teatro Argentina.

It is the year 2028 and in a country house near Baleizão, a village in southern Portugal, a whole family has gathered, a mother with two daughters, two men from her brothers, another older man and his young son . The amber yellow illuminates and warms the scene like a freshly lit fire, there is an air of joyful and electrifying impatience. Family members take photos to immortalize the day, recall memories, comment on ancient and incomparable recipes passed down from generation to generation.

We discover that the meeting place is the old house surrounded by cork oaks of great-grandmother Catarina, and that the whole family, once a year, for 74 years, meets there to perpetuate a fierce tradition inaugurated by the great-grandmother: turning a fascist to avenge the murder of Catarina Eufémia, a worker murdered in 1954 in Baleizão during the fascist dictatorship in Portugal and historically become an icon of the workers’ struggle against the regime.

Catarina Eufémia, killed with her child in her arms, had asked her friend Catarina, the family’s great-grandmother, more than 70 years earlier, appearing to her in a dream, to avenge her by killing a fascist every year, and her great-grandmother had started with her same husband, a soldier in the service of the dictatorial regime of Salazar and an inert accomplice in the murder of his friend. Since then, the murderous tradition has always been respected, and like every year, even in this dystopian 2028, the family is here to renew the ritual: for this reason, everyone, on this special day, takes the name of Catarina and wears long skirts. , in remembrance of the female root of the ancient pact of vengeance. 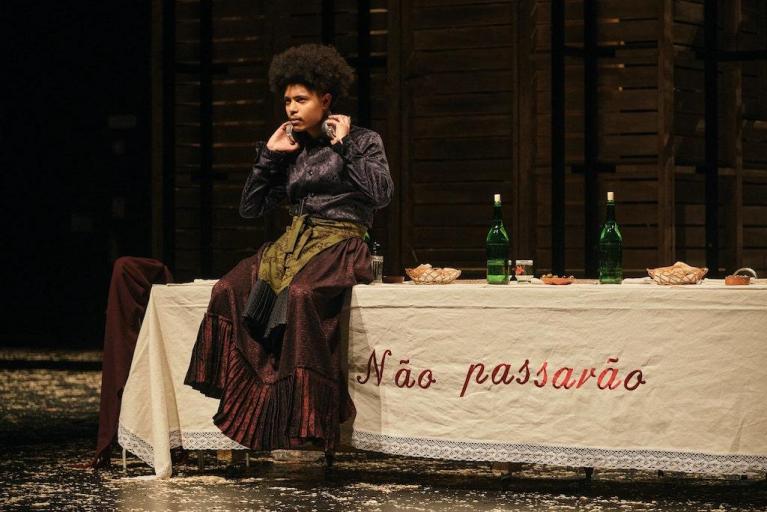 Soon, once they turn 26, it will be the turn of younger sister Catarina-vegan, eager to slaughter the enemy even though she is against being “accomplicated in the suffering inflicted on animals”; but until then, this year the fierce rite of passage belongs to older sister Catarina, who has diligently kidnapped the fascist on duty whose execution everyone is nervously awaiting. After all, the vintage is good, the ruinous is now under everyone’s eyes escalation of the extreme right in Portugal, and you are spoiled for choice. The only one who doesn’t wish Catarina good luck is her younger cousin, Catarina, narrator of the roomwhich prefers silence to words always repeated from generation to generation, and another language, that of music or the chirping of swallows, as if to mark its strangeness or its dissidence (“I have not spoken. Not to speak. It was my difference. Not speaking was the difference I chose. Hear, hear, hear, hear, hear everything, but not speak. My speech is silence”).

It is he who warns us of certain pitfalls which delay the execution: Catarina arrives late, makes us wait, then it turns out that she forgot to enter the cell phone of the fascist, unforgivable errors for the members of the family, or rather grips which reveal the emergence in it of doubt: the doubt that killing is only a means of imposing a dictatorship, that there is neither beauty nor wisdom in this bloody tradition. Catarina lingers, and finally refuses to shoot her fascist because she believes in freedom, she feels that killing a man is not a collective rite, but an act of extreme loneliness and individual responsibility, because she believes in power of dialogue and confrontation. that he would like to consult the fascist, who for a long time of the family clash remained isolated and silent at the head of the table, would like to “listen to his opinion”, because everyone has the right to speak.

Catarina’s incendiary word breaks down the boundaries of single thought, calls for a renewed freedom and responsibility to think and act, she asks herself, involving each of us in her intimacy, if it is legitimate to respond to the violence by another violence, short, barefoot The illusions of certainty, to use the title of a valuable book by Siri Hustvedt, translated by Gioia Guerzoni for Einaudi. “Doubt – writes Hustvedt – is fertile because it forces us to formulate foreign thoughts. Doubt breeds questions,” and questions “are usually better than answers.” To doubt “means to ask difficult questions. It means carefully examining the evidence that contradicts what you have taken for granted. It means constantly stirring the waters.” 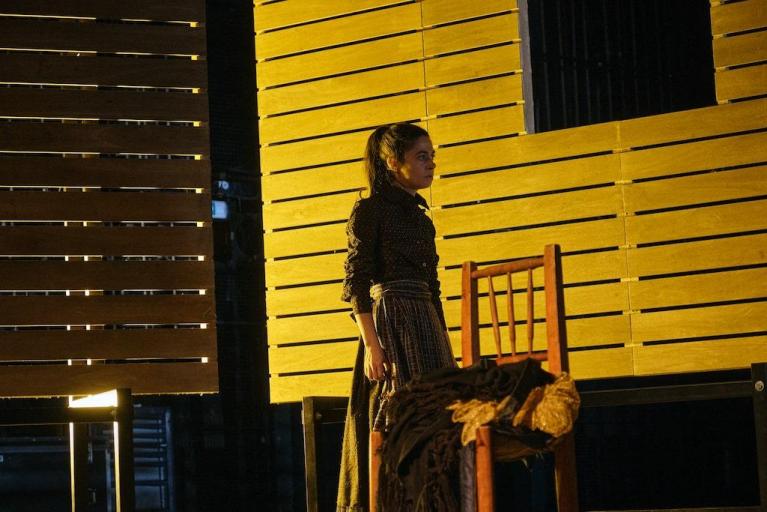 The courageous Catarina asks questions and doubts, and it is good that the doubt that intervenes to break the matriarchal line of vengeance comes from a woman. Maybe it’s just a coincidence that in Portuguese the word doubt, duvida, both feminine – Concita De Gregorio recalled in an interview with Rodrigues a few days ago on “la Repubblica” – but it is true that words in the feminine, replied the director, “are more voluminous, they have room for everyone.” Catarina refuses to open fire on her fascist and instead lights the fire of thought, of change without masters. But you know, fire is unpredictable, flames have a will of their own, and – in the prologue, after all, we were warned – “anyone who starts a fire may end up burned”.

Something crashes with Catarina’s murderous will, gunshots are heard, and one after another all the Catharines in the family fall dead to the ground, all but the young narrator Catarina, the new Ishmael. With him, petrified, we see the fascists advance in the foreground and we witness, in the very long and biting final time of the room, to the triumph of a word far removed from Catarina’s reasoning, a concentrate of sovereignism, extremism, nationalism, fascism, racism, sexism, anti-abortion, homophobia, xenophobia. This contemporary Portuguese and European history hitherto only evoked enters with force in the concluding part of the political spectacle, authentically political of Rodrigues.

He himself specifies that he built the final rally of the fascists by collecting more than 200 hours of speeches by Salvini, Bolsonaro, Trump, Orban and the Portuguese far-right leader Ventura, well known for his positions against migrants and Roma against whom he even proposed special confinement and who, we remember, entered Parliament in 2019 with the Chega coalition, the first far-right formation to sit in the Portuguese legislative body since the end of the Salazar dictatorship . 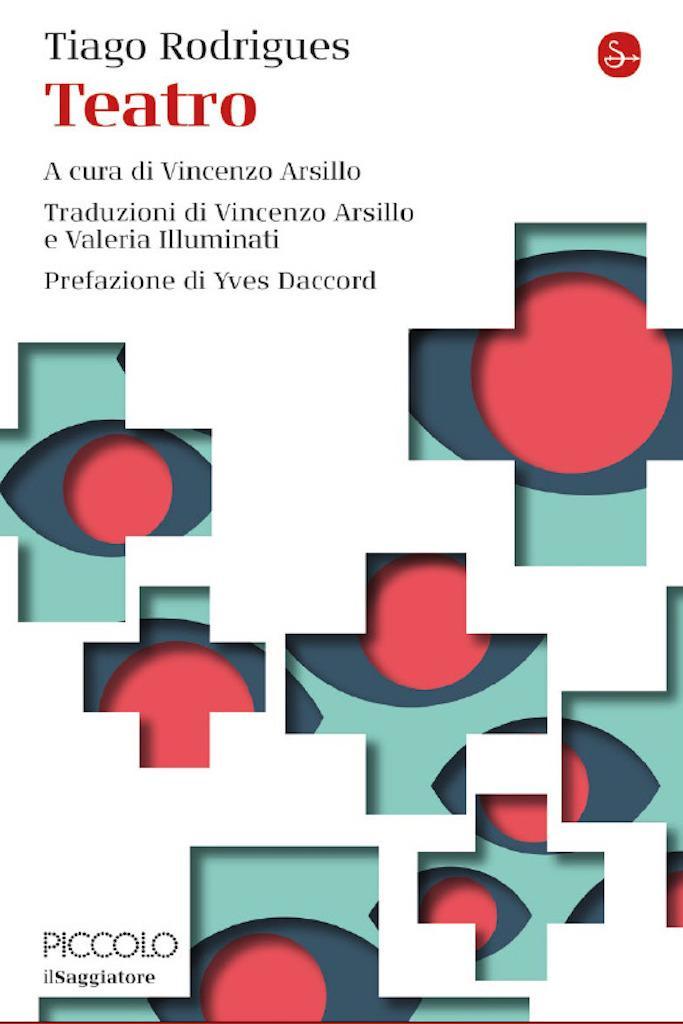 Even those of the fascist on stage are words of fire, words which, however, incinerate the civic and ethical sense of human life and which appeal to the defense of freedom, the freedom of speech and action of the Portuguese, freedom without hindrance and at all costs, even at the price of a brutal rejection “of political, ethnic, religious minorities, minorities of all kinds”. The fascist does not hesitate to fulminate on stage that minorities, especially foreign ones, are like swallows, “who think they can do what they want: fly freely in the sky, nest in the gutters of our homes, dirty everywhere, they stay as long as they want and resume their lives when they feel like it. As beautiful as they are, the swallows always take advantage of them when they can”. And so, he says, “now those who want to nest with us learn our language, integrate into our society, respect our own rules, contribute and say ‘thank you’ for our hospitality”.

An unbridled rant, which sometimes recalls the hallucinated monologue of the protagonist of my battle, of Elio Germano and Chiara Lagani (and it is perhaps no coincidence that in the fascist rally of Rodrigues the word “battle” often comes up), except that here the annoyance begins immediately, there is no storytelling crescendo, and the audience reactions are different. More sedate, but not without nervousness and impatience, in the Roman and Modena reruns, more blatant on the contrary in the recent Portuguese reruns of the show, where the public responded to the rally by singing the workers’ song Grandola, Vila Morena by José Afonso, famous text-signal broadcast by Radio Renascença to trigger, on April 25, 1974, the Carnation Revolution which put an end to the dictatorial regime in Portugal.

Rodrigues is a courageous show, from its title, whose text, attached to choir of lovers And To the extent of the impossible (the latter again on stage from May 25 to 27 at the Piccolo Teatro in Milan after his debut in Udine last February) is coming out for Il Saggiatore under the care of Vincenzo Arsillo, who also worked excellently on the Italian surtitles of the room (T.Rodrigues, Theater, edited by V. Arsillo, trans. this. V. Arsillo and V. Illuminati, Milan, Il Saggiatore, “Piccolo” series, 2022). So we can’t wait to read it, and to see so much of Tiago Rodrigues’ theater in Italy.

Stage photos of the show are by Filipe Ferreira. The last image is by Pedro Macedo.

If we continue to make this space live it is thanks to you. Even a single euro means a lot to us. Read again soon and SUPPORT DOPPIOZERO 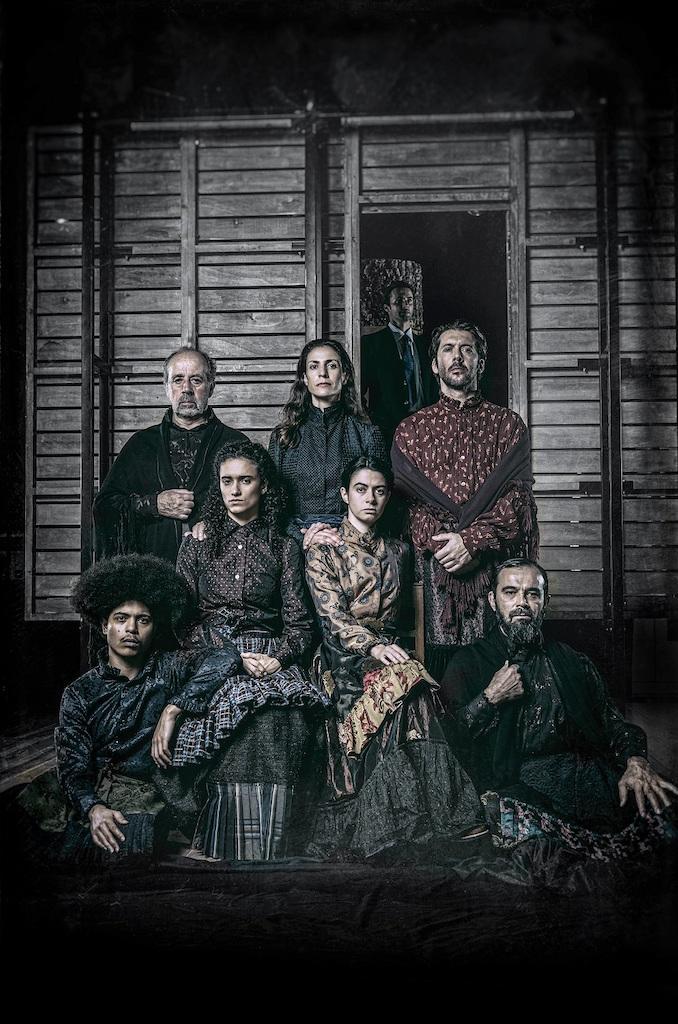